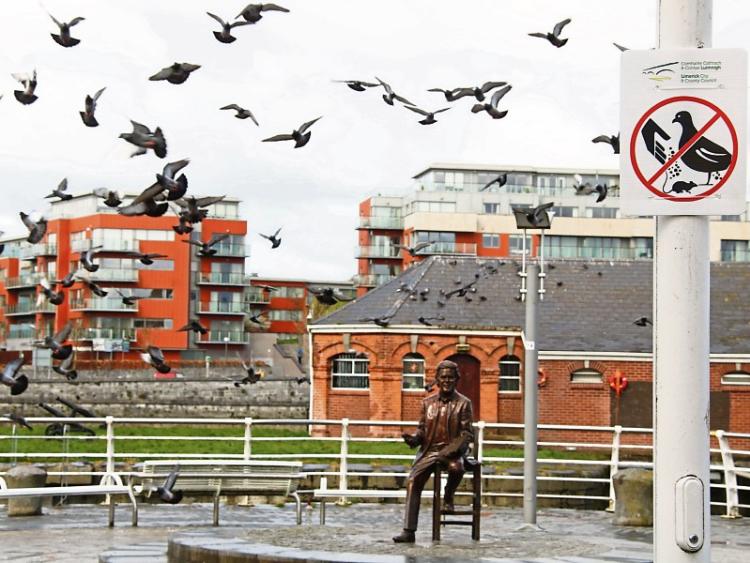 Limerick City and County Council has erected signs near the Wogan statue appealing to people not to feed the pigeons | PICTURE: Adrian Butler

LIMERICK City and Council has moved to address the issue of aggressive pigeons at one of the city’s newest tourist attractions.

The local authority has erected signage near the Terry Wogan statue at Harvey’s Quay appealing to people not to feed the pigeons which frequently gather there in large numbers.

“Since the boardwalk was constructed, it has become a very popular location for families and others to enjoy. This has led to an increase in the number of pigeons around the area as well as being attracted by the people who are leaving food out for them,” said a council spokesperson.

“Unfortunately, this has resulted in an increase in incidents of aggressive birds, which can pose a danger to young children and an irritation to other members of the public,” he added.

The local authority says there has also been a noticeable increase in the volume of bird droppings being deposited in the area around the statue.

Wildlife enthusiasts are also advising that the pigeons should not be fed household bread.