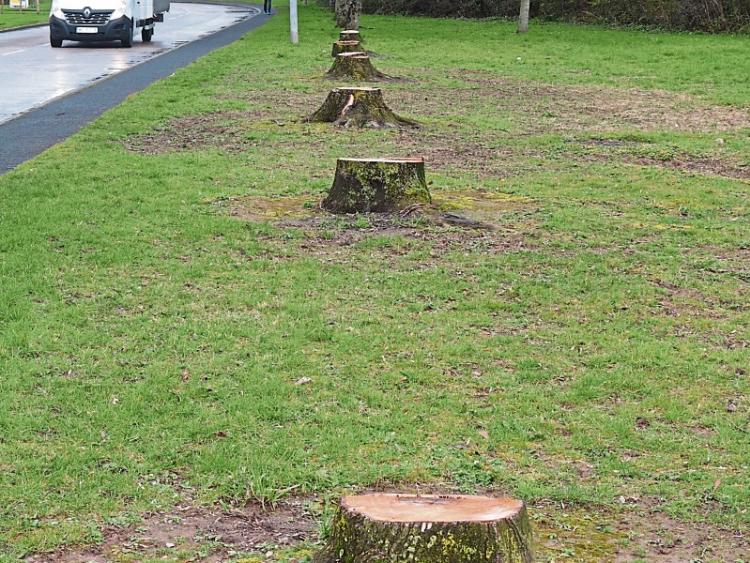 A considerable number of trees in Raheen Industrial Estate were felled, to the surprise and dismay of many

A RAHEEN man has criticised contractors who chopped down mature trees in the area’s industrial estate.

Steven McDonagh said he was “extremely surprised” when driving through the Raheen Industrial Estate to find that a “considerable number” had been felled.

“This is a lovely estate and very well maintained and I could not understand why these trees were cut down” explained Mr McDonagh.

His comments come with National Tree Week in full swing.

The trees were near the entrance to the estate, on the left hand side, as you drive in the one way system.

He said that he was surprised at this day and age that trees would be cut down like this.

Local councillor Sean Lynch, who describes himself as a “lover of trees”, acknowledged the plants perhaps needed to be chopped for health and safety reasons.

“Hopefully they will plant one or two to replace them to replace the 20 that have been felled. If they cannot replace them here, perhaps as a gesture of goodwill, plant them in some other area,” he added.

An IDA spokesperson confirmed it is not the agency who was responsible for the chopping, with the only trees cut on a tenant site.

National Tree Week is a yearly festival run by the Tree Council of Ireland.