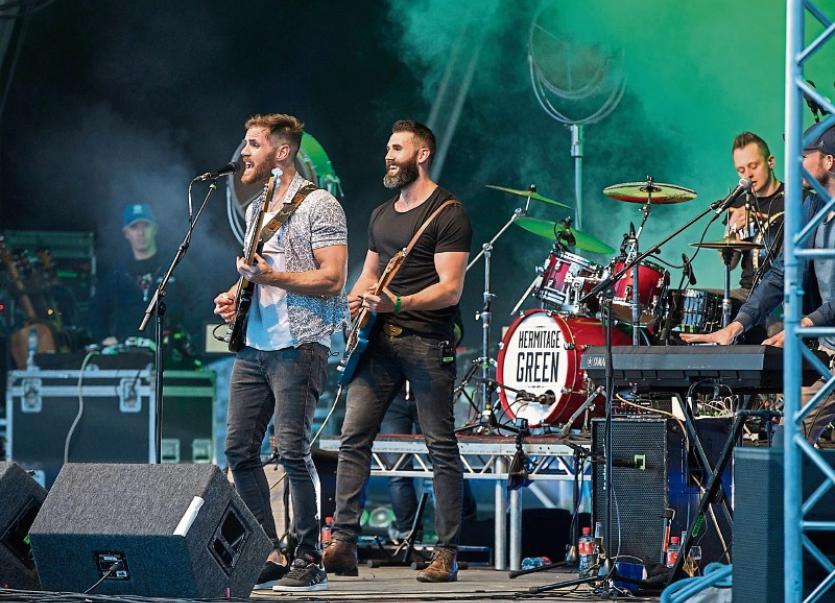 The performance is another addition to the popular Live at King John’s Castle experience that is now seen as one of the Irish venue highlights among touring bands.

Hermitage Green’s upcoming summer gig at King John’s Castle coincides with the release of the band’s latest single which is set to be launched on Friday April 19.

Speaking at today’s announcement, promoter Mick Dolan said: “Hermitage Green are a band that have been very loyal to Dolans down through the years. Their success is something we take great pride in.

The band’s previous King John’s Castle performance was a memorable one and we are delighted to be able to team up with Shannon Heritage once again to recreate this magic”.

Barry Murphy of Hermitage Green Delighted to be back “The castle is one of our favourite venues in the country and we're delighted to be playing it again. Last year’s gig was so special to us and something we will never forget and we look forward to bringing a whole new show back to Limerick city this summer”

“Shannon Heritage have focused significantly over recent years to develop both the King John’s Castle visitor experience and to position the historic castle as a destination venue for a wide range of cultural events”, O’Callaghan says.

“We have seen a tremendous reaction to the Live at King John’s Castle concert offering and audience feedback has been consistently positive. To be in a position to welcome back Hermitage Green - a group of local lads who have made such an impact on the Irish music scene – is one we take great pride in. We look forward to welcoming the guys back to King John’s Castle in July and can guarantee audiences a night they will never forget”, he added.

This event is expected to be a sell-out performance so early booking is recommended.

Hermitage Green Live at The Castle on Saturday July 27th. Tickets are on sale this Friday and are Priced 30 Euro plus Booking Fee from Dolans.ie and Ticketmaster.ie