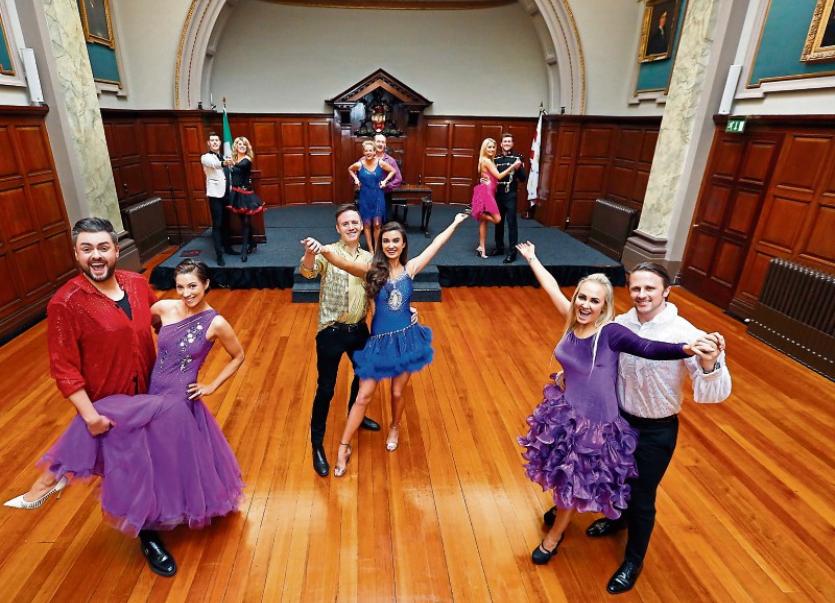 Deputy Tom Neville, centre, with his fellow dancers at the event launch

Limerick Fine Gael TD, Tom Neville will join a host of well-known faces in Dublin’s Clayton Hotel, Burlington Road on Saturday, April 13 to raise vital funds for pioneering research and awareness of breast cancer as part of the line-up for Breast Cancer Ireland’s Battle of the Stars.

He will follow in the footsteps of his fiancé, former Fair City actress Jenny Dixon, who has been a long-time supporter of the charity and who took part in this event on two occasions in the past.

Now in its sixth year, Battle of the Stars has become an annual event where performers dance and lip sync in front of an audience of over 450 people. Baz Ashmawy will MC and a celebrity judging panel will assess the entertainment value. Head judge on the night will be Dancing with the Stars judge Julian Benson and he will be joined by Breast Cancer Ireland Ambassador Elaine Crowley and fellow broadcaster Lisa Cannon along with First Dates Ireland maître d' Mateo Saina.