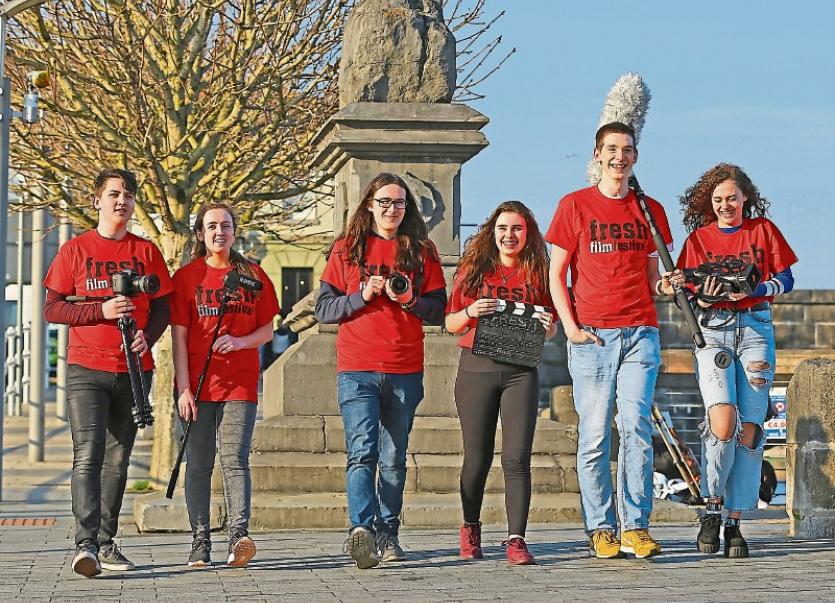 Young filmmakers from around the country, who are taking part in the 2019 Fresh Festival Festival Picture: Dermot Culhane.

A RECORD number of young filmmakers have entered this year’s Fresh Film Festival, as the annual international film festival for young people returns to Limerick on March 25.

“Fresh Film Festival is all about encouraging young people to tell their stories through film, so the record number of submissions this year shows we have a nation of young storytellers with something to say and the creative means to say it,” Ms Foley said.

More than 1,7000 entries were submitted to the Ireland’s Young Filmmaker of the Year competition, one of the highlights of the festival’s programme.

All films submitted to the Fresh Film Festival are also considered for a range of specialist awards including the Radharc Trust Award, the Boulder Media Animation Award, the RTE 60 Second Short Film Award and the RTE Factual Award.

Films screened at the festival will include the Academy-Award nominated animated Persepolis, the Guillaume Senez film Keeper, and The General.

Workshops include an animation workshop with Boulder Media, a young filmmakers day called SÚL ÓG, and an industry master class with The National Youth Film School. On March 30, The Spirit of Fresh Award will be presented to a young filmmaker whose work reflects dedication to developing film skills. A full festival programme is available at www.freshfilmfestival.net.

Bookings and inquiries to info@freshfilmfestival.net.