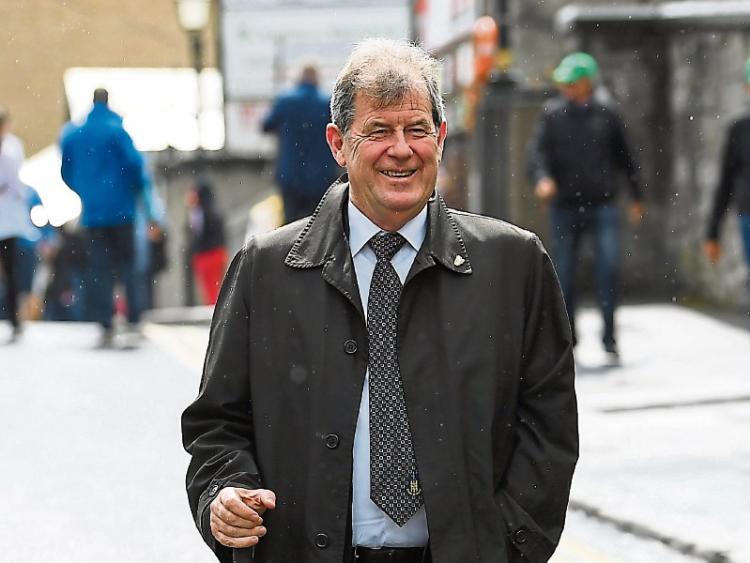 THE Cheltenham Festival may get the heart racing for many but for Limerick’s JP McManus it doesn’t stir the blood quite like the Limerick hurlers competing in a championship match.

When asked if he still gets butterflies when he heads across the Irish Sea for the showpiece event of the National Hunt season, Mr McManus replied: “Do you know I get butterflies when Limerick are playing in a championship match. The thing about a race is, when it’s over there’s another one coming, with the championship, if you’re out of it, you’re out of it, and you have to wait another year. I think it’s more tense in the last few minutes - anything to do with the hurling, the All-Ireland in particular is when you really can feel your insides churning up.”

“I was so happy for all the lads,” he pointed out, “the players and the followers who have followed Limerick for decades without a lot of success but it wasn’t for want of effort. These guys I have to say are very very committed. They have a great attitude both on and off the field. Everything they do, we are all so proud of them. You have no idea how much pleasure I got out of it, no more than tens of thousands of other Limerick people. It was something different.

“The GAA is great, throughout the country it’s great. It’s great that Limerick got their turn. When you win one, you want to win another but it was great to get the one.”

Commenting on the team’s committed display so far in the league which sees them contest the semi-final of the competition on March 23 or 24, Mr McManus said: “They are young but nothing will come easy. They are All-Ireland champions now so everybody will want to knock them off their perch a little bit, but that’s the way life is but I think they are up to the challenge.”

Mr McManus was speaking at the prizegiving ceremony for the TLC Design a Bottle competition at the Hunt Museum which was also attended by Munster and Ireland rugby legend Paul O’Connell.

Great to witness the excitement this morning for @TLC_Limerick school prizewinners @HuntMuseum.
Such great pride in Limerick from a community and environment perspective
Sign up for 19th April now ! pic.twitter.com/m21AkZcD3M

The former Munster, Ireland and Lions captain, who is now forwards coach at Stade Francais in Paris described the Limerick hurlers as “so impressive”. “I love reading any interviews with them,” he pointed out. “I love seeing John Kiely speaking. They just seem to be so humble and they seem to really enjoy what they are doing. They enjoy playing for Limerick. They enjoy playing hurling and that’s the most impressive part for me that I enjoy the most I think.

“Sport, professional rugby or winning All-Irelands, it’s so serious these days that sometimes it’s hard to enjoy it and I struggle to enjoy it myself but they seem to really be able to balance the two - they take it very, very seriously obviously, they train very hard, but they seem to be able to knock a great amount of fun out of it as well which is great to see.”