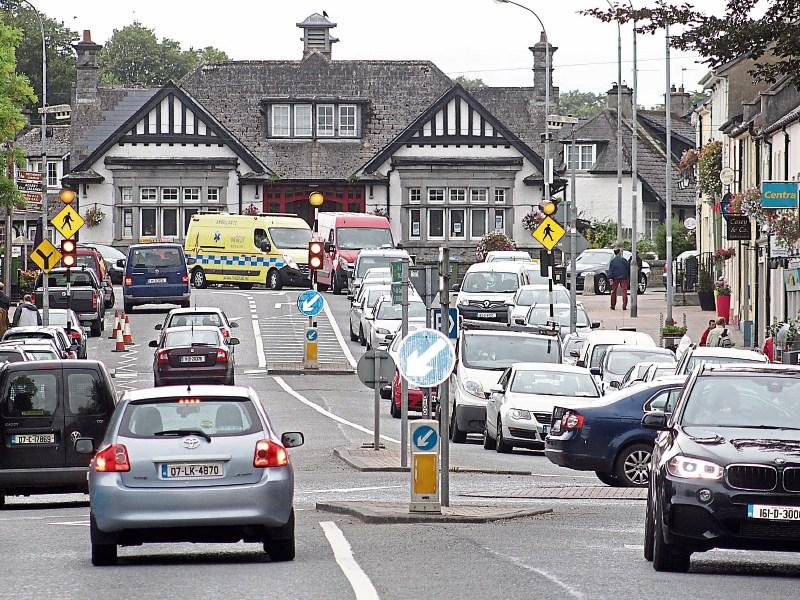 THERE is an acute shortage of parking spaces in Adare and urgent action is needed to address the issue. Last year, owners of cars parked illegally in front of the church for a funeral received parking tickets,  Dan Neville, chairman of Adare Community Trust revealed this week,

Addressing a meeting of Adare Rathkeale councillors this Tuesday, Mr Neville’s fellow director in the Adare Community Trust (ACT), Tony Treacy, spelled out the situation. There are 1,463 people working in 90 different businesses in Adare, he said,  yet there are only 110 on-street parking spaces. And the shortage of spaces often means that  premises and access areas get blocked in because of illegal parking.

Mr Treacy and Mr Neville appealed to the council to do something to provide additional off-street parking in line with the Adare Local Area Plan. “This is the third local area plan where the council has agreed that parking should be extended,” Mr Neville said. Bus-parking during the high tourist season was often a problem, he added, with eight and sometimes up to 12 buses in the village at a time.

“If there are church ceremonies, a Mass or wedding or funeral, the car park (at the rear of the Heritage Centre) is filled,” he continued, relating last year’s incident in which cars outside the church were given parking tickets

And both he and Mr Treacy appealed to council management and councillors to find a suitable location for more off-street parking and to acquire it, preferably without compulsion.

“We are asking you to step up to the mark and get us that,” said Mr Treacy.

He acknowledged that new car parking spaces had been put in place opposite the school but said they were “a bit far away from the centre”.

“Our mission is to make Adare a better place to work, live and visit,” he continued. “But we are also very conscious of the by-pass coming. We don’t want to become a ghost town. We want to make sure Adare grows. Some towns don’t do so well. We need to make sure everything is done in keeping with what makes Adare beautiful.”

Cllr Stephen Keary said,  “People are probably losing millions as a result of inadequate parking,” adding that paid parking should be looked at.  Cllr Emmett O’Brien said the council had powers to acquire land but it needed management to “buy into it”.