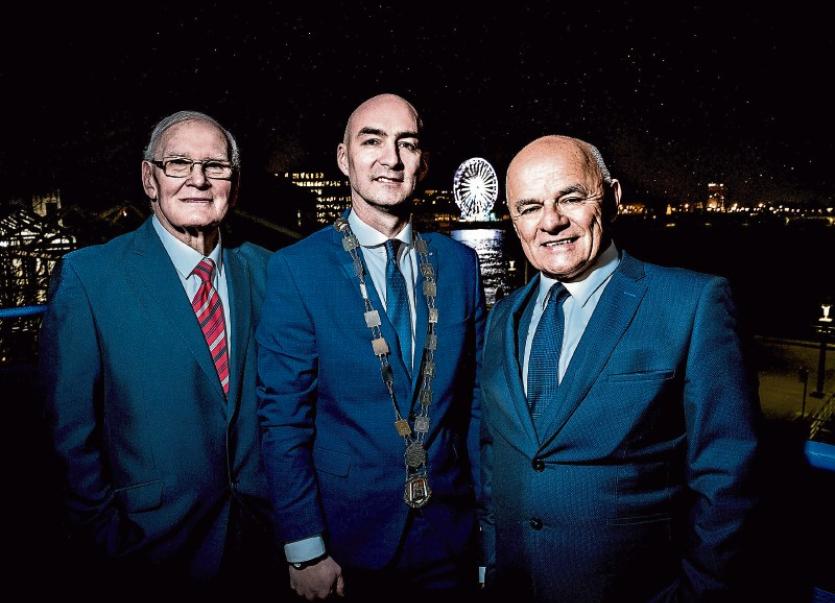 TWO of Limerick’s best-known broadcasters have been honoured with a mayoral reception at City Hall.

Cllr Daniel Butler, mayor of the metropolitan district, hosted the event earlier this week to mark the contributions of Len Dinneen and Michael McNamara (Micky Mac).

On the night, Leonard Burke paid tribute to Len Dinneen, known as the voice of rugby, who retired from commentating last year following a long and distinguished career on local radio in Limerick.

He continues to present Sounds Easy each weekend on Live 95.

Some of Len’s commentaries of Munster matches in the Heineken Cup are legendary – particularly as, unlike now, many were not broadcast on television.

RTÉ Gold presenter Will Leahy praised the contribution which Micky Mac has made – both nationally and locally.

During his career, Micky Mac was the voice that introduced house and techno music to the national airwaves.

“Whether you were making your way to Cork for a night dancing to Greg and Shane at Sir Henry’s or jumping into the shower with the music blaring from you stereo, getting ready for a night out that might end up in Tropics or Doc’s, Micky Mac’s Dance Show was the soundtrack that caught the energy and anticipation of Saturday night and living for the moment,” said Cllr Butler.

“The success of these two men is not just down to their incredible talent and passion for what they do but for the absolute authenticity. Listening to them on the radio you sensed how authentic they were and you connected with that. They represented our city incredibly and I am delighted I could honour them in this way,” he added.