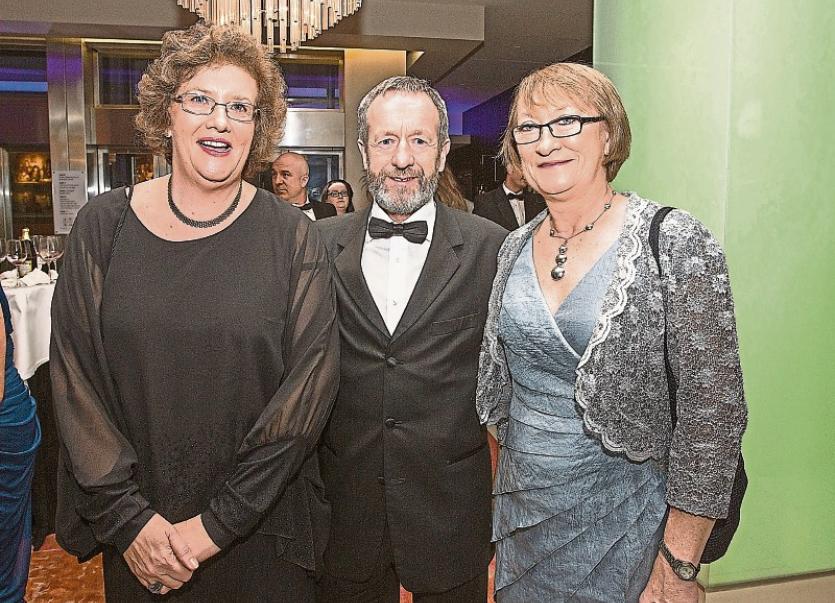 Sean Kelly MEP, pictured with Senator Maria Byrne and Cllr Elenora Hogan will contest his third European election in May

AS Fine Gael, Fianna Fail and Labour finalise their European election tickets, it looks like the Mid-West will once again be left without a candidate.

This week, Fine Gael put its team in place for the race for the Strasbourg and Brussels parliaments.

The party is running the two sitting candidates, Deirdre Clune from Cork, and former GAA president Sean Kelly, who hails from Kerry.

Joining them on the ticket is the Minister of State for Agriculture, Andrew Doyle.

Although he represents Wicklow, Senator Maria Byrne points out that he has relatives in the North Circular Road – his uncle and aunt-in-law Seamus and Jo, as well as further extended family.

The constituency will rise from four to five seats as a result of Brexit – but due to the timeframe of Britain leaving the European Union, the final person elected will not be able to take their seat until these formalities are completed.

“We came very close [to taking the third seat] the last time in a four-seater. I think our team is nicely spread out - Deirdre is in Cork, Sean is in Kerry and Andrew is over on the east coast. I'd be confident. It’s going to be interesting, especially with the background of Brexit,” Ms Byrne said.

Meanwhile, Labour has shown its hand, selecting the current president of the Irish Congress of Trade Unions, Sheila Nunan.

She beat off a challenge from former Clare TD Michael McNamara, someone local Labour councillor Joe Leddin said he would have preferred, as he is based in the Mid-West region.

Sinn Fein has already selected former Presidential candidate Liadh Ni Riada to run, as she hopes to retain the seat she secured in 2014.​

It’s all change for Fianna Fail, following the retirement of Brian Crowley.

The party will hold its selection convention in Clonmel on Saturday, March 16.

One candidate will be selected out of sitting TD Billy Kelleher, Jason Fitzgerald and Seamus McGrath, all from Cork, and Wexford-based councillor Malcolm Byrne. Another will be added by headquarters later.

Ireland goes to the polls on Friday, May 24.