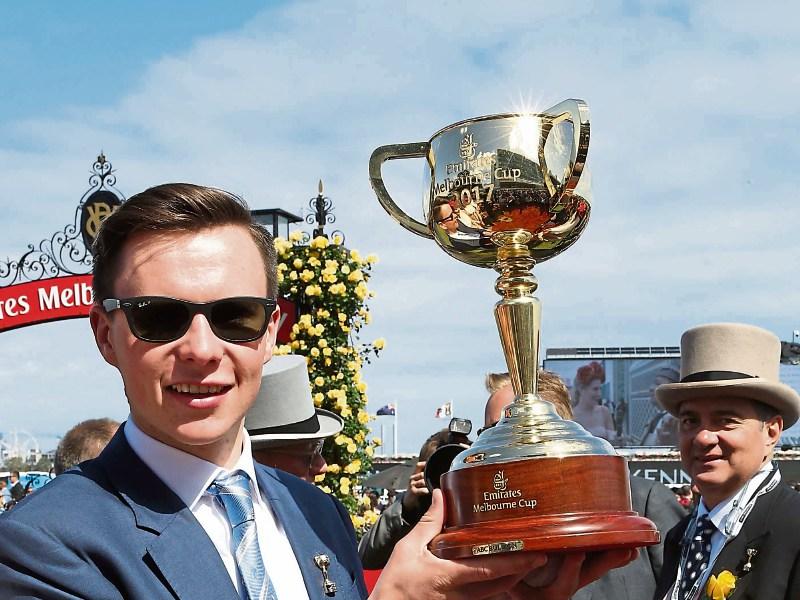 A HUGE, all-out community effort gets underway in Askeaton this weekend in a mighty bid to support one of their own.

Community groups in the parish have all come together to Do It for Diarmuid which will help raise funds for local man Diarmuid Barron who has had a cancer diagnosis.

Last Christmas, Diarmuid, who is 29 and the son of Anne and Richie Barron, returned from New Zealand where he has been living for the last eight years. His fiancée, Jenna, a Belfast woman, came with him on the visit. But, over the holiday, Diarmuid fell ill and has now been diagnosed with oesophageal cancer.

He is now receiving treatment, Theresa O’Connell, PRO for Askeaton GAA club explained this week. The GAA is one of a number of groups who are holding events to raise funds for Diarmuid. “They are a well-known family,” Ms O’Connell said.

Diarmuid and his brothers have all been members and players with the club.

The GAA is organising a Road Hurling competition for teams of three, starting at 10am in the church car park this Saturday.

“There has been a fantastic response with teams coming from all over,” Ms O’Connell said.

The weekend of fundraising kicks off on Friday when students at the national and secondary schools in the town hold a colours day.

The local swimming club will also be a sponsored swim at the Askeaton Swimming Pool and Leisure Complex.

Then on Friday night, a Race Night and auction organised by Josh Sheahan will take place at the Top of the Town Bar, with lots of generously donated items going under the hammer.

Saturday morning will see the Road Hurling teams in action early while a Cheltenham Preview Night  in the Top of the Town on Saturday night is already sold-out.

The fun continues on Sunday with a sponsored ride organised by the Stonehall Harriers getting underway from St Mary’s Abbey at 12 noon.

And throughout Sunday afternoon, kicking off at 1pm in the Community Hall, Ciara Ryan will host Afternoon Tea with lots of home-baked treats.

“We all came together as a community,” Ms O’Connell said. “We are all pulling together.”