Limerick’s Fresh Film Festival: ‘The future of filmmaking is bright’ 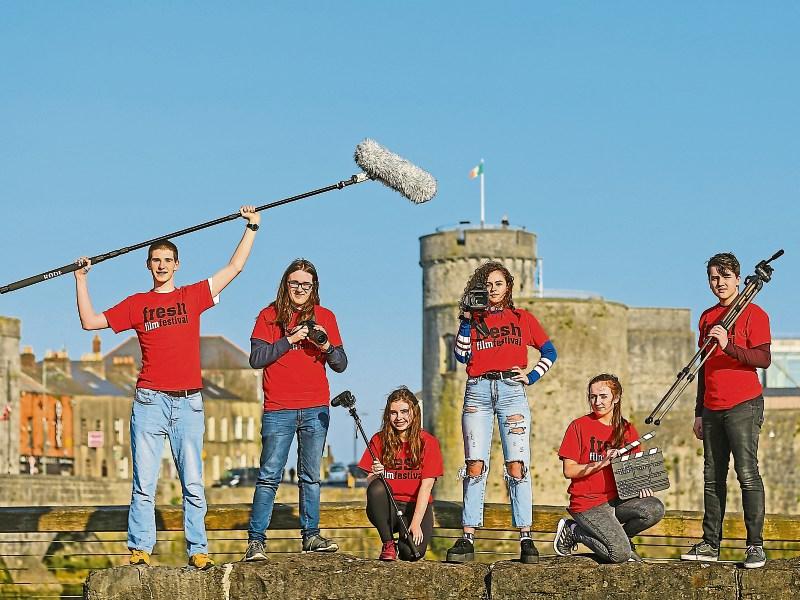 YOUNG film making stars of the future flocked to the Belltable this week for the regional heats of the Fresh Film Festival.

The award for Ireland’s Young Filmmaker of the Year 2019 moved one step closer as the Limerick finalists were announced after the screenings this Tuesday.

The competition, which received a record 1,700 entries this year, announced which short films would move on to the finals following the Limerick regional heats.

“Fresh Film Festival is all about encouraging young people to tell their stories through film, so the record number of submissions this year shows we have a nation of young storytellers with something to say and the creative means to say it. We’ve been overwhelmed by the entries this year,” she said.

Films screened at the Limerick regional heats this week included productions from Clare, Tipperary, Kerry, Offaly, and Limerick. Films by young filmmakers from Germany, Denmark, and the United States were also screened as part of Fresh Film Festival’s International category. Films by young filmmakers through to the final include Chewing from Limerick Youth Theatre, Stars by Meghan O’Shaughnessy from Kerry, Ode to a Dancer by Oisin McKeogh from Clare, Plastic by Clare Youth Action and On Track from Sacred Heart Secondary School in Offaly.

Ardscoil Rís and Limerick Educate Together both saw animated films progress through to the final, meaning the possibility of winning this year’s Boulder Media Animation Award remains a possibility.

Oisin McKeogh, 16, from Clare and Rebecca Jones, 16, from Tipperary, won the Audience Award for the Limerick Heat. Films shortlisted for the final will be screened at Fresh Film Festival 2019 in Limerick from March 25 to 30 and Ireland’s Young Filmmaker of the Year Awards will be presented on the March 27 for the Junior category and March 28 for the Senior category.