Limerick students swap the classroom for picket over climate action 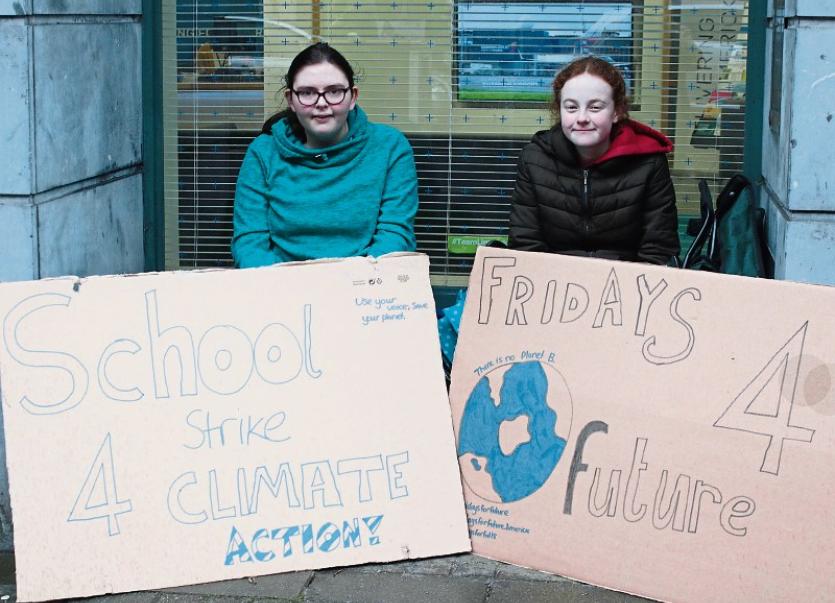 TWO Limerick students took time out of class to urge people to be more protective of the world we are living in.

Saoirse Exton, 13, and ​Caitlin Ni Chaoindealbhain, 14, put down their pencil cases and picked up their placards, setting up a picket in Patrick Street to protest for a brighter future.

Saoirse said: “We are striking from school for climate action. We don't think that governments here in Ireland and around the world are taking enough action to stop climate change.”

Codenamed ‘Fridays 4 Future’, the friends hope to stage a protest each week to keep the issue of climate change high on the agenda.

On Friday, March 15, the pair will be part of global strike action on the issue.

“It's vitally important, especially for people like us. We only have 12 years, so I'm going to be quite young when global warming starts taking effect, if we do not stop it now. So we are not going to have a planet to live on once we get older,” Saoirse said.

She added that people can take little steps, like being more aware of what they are consuming and how much water they are using.​

“For instance, if you're brushing your teeth, think of simple things like turning off the tap. Don't leave it running. Or if you want to buy new clothes, don't. Don't consume as much. There is only a limited amount of resources in the world so we need to use as little of them as possible,” she explained.

“I've had a really positive reaction. Nobody has said anything negative. We've not had any really angry people,” she laughed.

While it is O’Brien’s Bridge girl Saoirse’s first protest, Caitlin from near Thomond Park has taken to the picket line before.

A number of elected representatives turned up to show their support, including Jan O’Sullivan and Cllr John Loftus.

All are welcome to join the protests going forward.