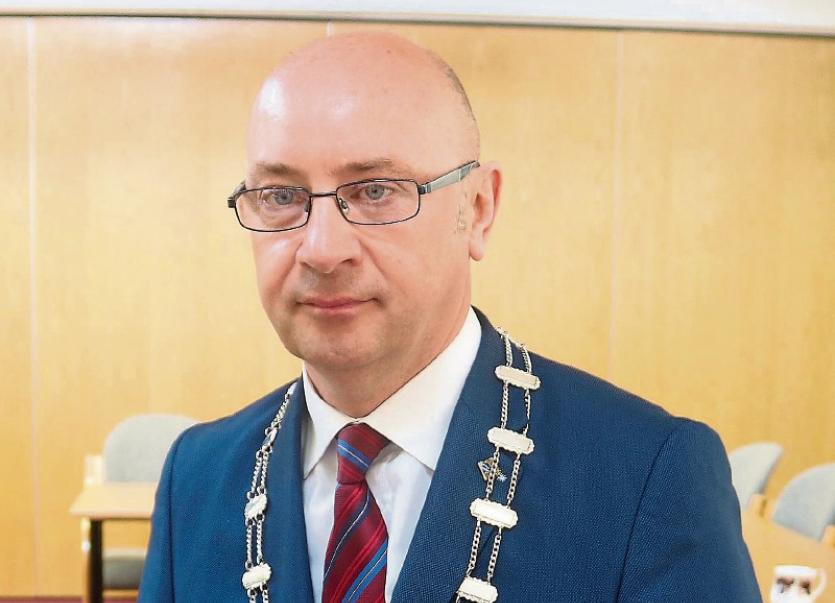 Cllr Michael Collins tabled the motion which was passed

LIMERICK councillors will next month discuss whether or not they will respect a “voluntary ban” on erecting election posters on all future elections.

He said the corriboard plastic takes 400-plus years to biodegrade, and that the erection of posters is “a huge safety hazard” and that can create and cause accidents.

Cllr Collins said that people who climb ladders and poles to erect posters are “putting their own lives in danger as well” and because some posters are at eye-level, “people on the street could literally have their eye taken out”.

He added that plastic is damaging marine life and is “destroying the landscape in advance of Tidy Towns competitions”.

“There is nothing that you said that we can disagree with,” director of service Brian Kennedy said, but added if the council decided to vote in favour of a voluntary ban, “the council would not be in a position to adapt a voluntary ban”.

Cllr Marian Hurley suggested that there be a “phasing out” of election posters.

Fianna Fail councillor Kieran O’Hanlon said: “At the end of the day, if the Minister is serious about single-use-plastics, he needs to do something about it.”

Cllr O’Hanlon said there are “plenty of alternatives” to promoting candidates during election time, including advertising in a local newspaper, local radio and—the “best form”— knocking on doors.

He suggested limiting the amount of posters that can be used during election period.

Cllr Eddie Ryan said that does not agree with the motion and that election posters “absolutely do no harm to anybody”.

It was mooted that billboards in designated areas be erected for candidates to place their posters. However, Mr Kennedy said “that this would be a substantial cost to the council” to have it designed, installed and procured.

Councillors agreed to put forward a motion to the full sitting of Limerick City and County Council in March, that “this local authority will respect a voluntary ban on election posters for all elections”.