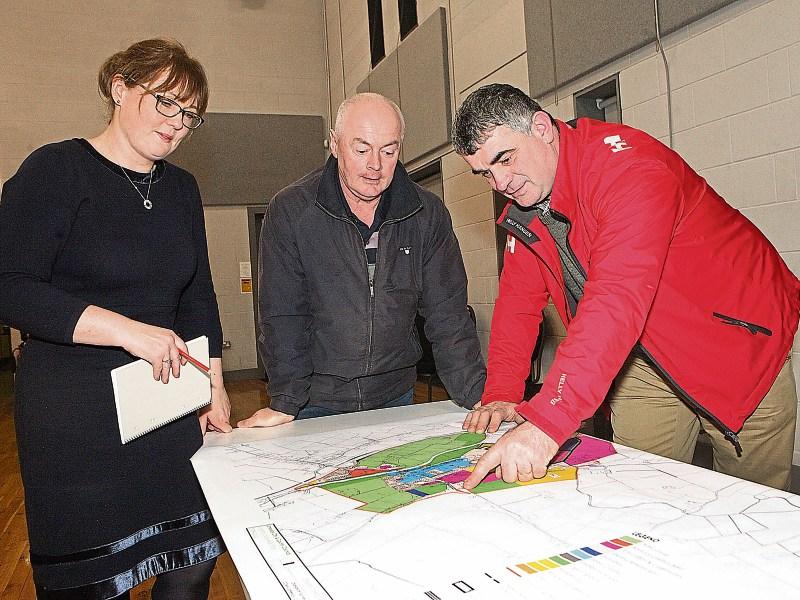 SUBMISSIONS and observations are being sought in relation to the proposed new local area plan for Croom in County Limerick.

Limerick City and County Council has begin the process to draw up the new plan which, once adopted, will run to 2025.

The local authority is also carrying out a review of the existing local area plan which was adopted in 2009 and extended until November 2019.

It was amended in 2015 to facilitate the development of the new multi-million euro Colaiste Chiarain Campus which is due to open some time in 2020.

According to the latest Census, there are just under 1,200 people living in the area which is the subject of the plan.

Planners say they hope to finalise the draft plan by the summer – at which point it will be presented to councillors in the Adare / Rathkeale municipal district for their consideration.

A public information evening was held in the village last week and any submissions which are received by the council will be considered as part of the process.

Issues such as traffic management, parking, the development of the village centre and the provision of facilities and services are expected to be raised in the submissions.

The relative proximity of Croom to Limerick city and the proposed route of the Limerick to Cork Motorway are likely to feature in the final plan.

Cllr Richard O’Donoghue says Croom has great potential and he is appealing to local people to read the plan and have their say.

“Most of the people who attended the public information evening were business people or landowners who were concerned about the impact on them but there were only a small number of the public there. Anyone can make a submission and Croom is growing and it has an awful lot going for it. If Croom grows the surrounding parishes benefit as well from it so to have the right structures in place in Croom is actually very important,” he said.

Former councillor and local auctioneer, Patrick C Fitzgerald says he will be calling for traffic regulation and to ensure that commercial activity can be retained and promoted in the centre of the village.

The deadline for receipt of submissions is close of business on Monday, March 11.