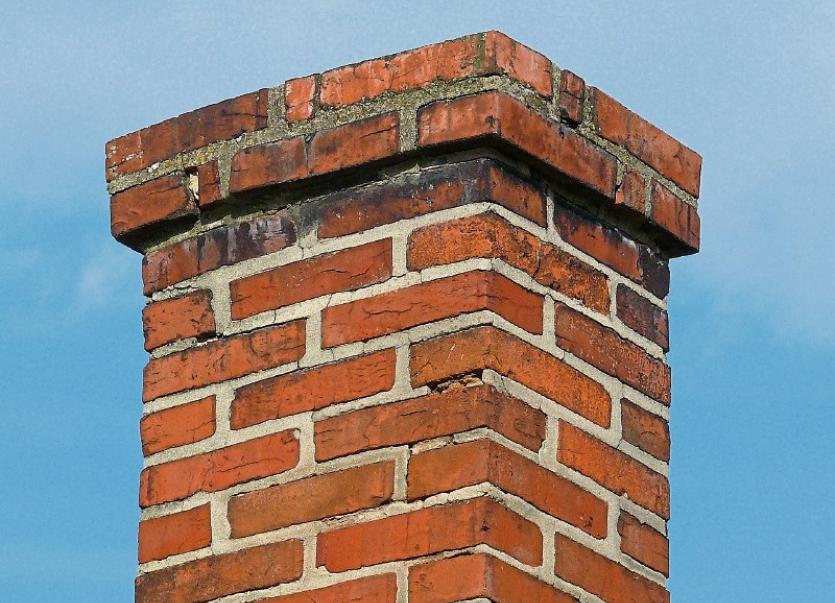 Homes built by the council will be without chimneys

A ROARING log fire in the home could be a thing of the past as Limerick City and County Council confirmed any new homes it builds will be without chimneys.

The Council has confirmed that new builds will not be fitted with chimneys in a bid to reduce the city and county’s carbon footprint, by beginning to eliminate the burning of fossil fuels at home.

The Council’s Near Zero Energy building policy was discussed at a meeting of the LCCC Home and Social Development Strategic Policy Committee held at the Council office’s in Dooradoyle this week.

Following a presentation on climate change and its effect on Limerick, Cllr Leddin asked about the council’s policy on the burning of fossil fuels.

“When we go out to tender, do we place energy efficiency in the particulars of the contract,” Labour councillor Joe Leddin asked.

“I have always been supportive of social housing but they need to be environmentally friendly at their core.”

In response the Council said is looking at the issue of burning fossil fuels in the home, confirming new builds will not be fitted with chimneys.

The Council is also installing solar photovoltaic panels to allow for warmer homes without the cost.

Following the meeting, a LCCC spokesman confirmed that Near Zero Energy Building has begun, with the first homes built under this scheme at Lord Edward Street, Churchfield and Park View Row.

“LCCC is playing its part in moving towards Near Zero Energy Buildings.”