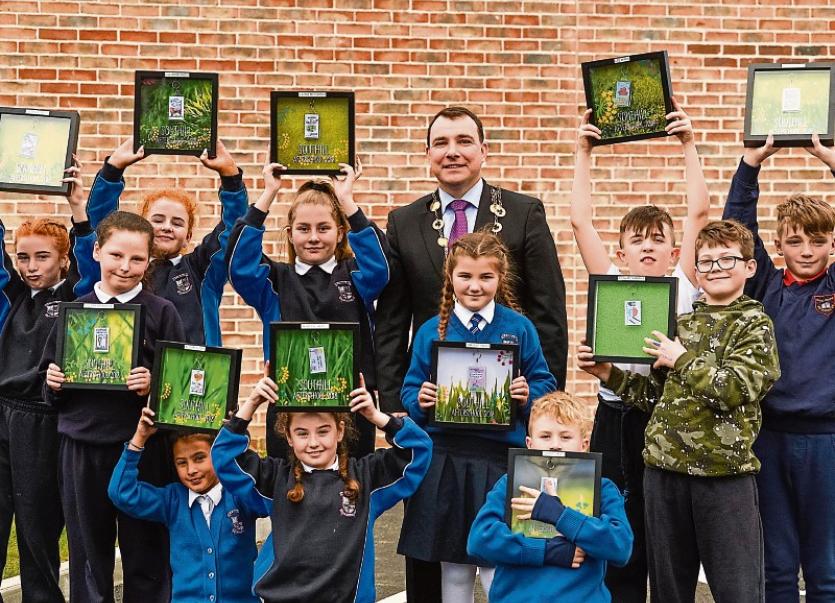 KIDS from Southill Afterschool Club in Limerick have launched a set of seven keyrings based on environmental and litter themes.

The children started out their project by designing posters before they then stepped it up while working with a graphic designer, to develop these ideas into keyrings.

The seven designs are based on five key themes – waste, litter, dog fouling, being green and the environment.

One issue which the children felt very strongly about was dog fouling. The message “clean up after your dog, we play here” hit home with Limerick City and County Council who then contacted Southill Afterschool Club with the intention of using their poster campaign as part of a wider environmental campaign.

Mayor of the City and County of Limerick Cllr James Collins praised the children’s hard work and creativity,

“The environment is one of the key issues of our time and it’s important that children are aware of this and the impact it can have in their own areas. Congratulations to all those involved.” he said. Sonya McMahon, manager of Southill Afterschool Club, added.

“This has been an exciting opportunity for the children to learn about the environment. It was  amazing for them  to work with the graphic designer and make these keyrings which are on sale locally.”