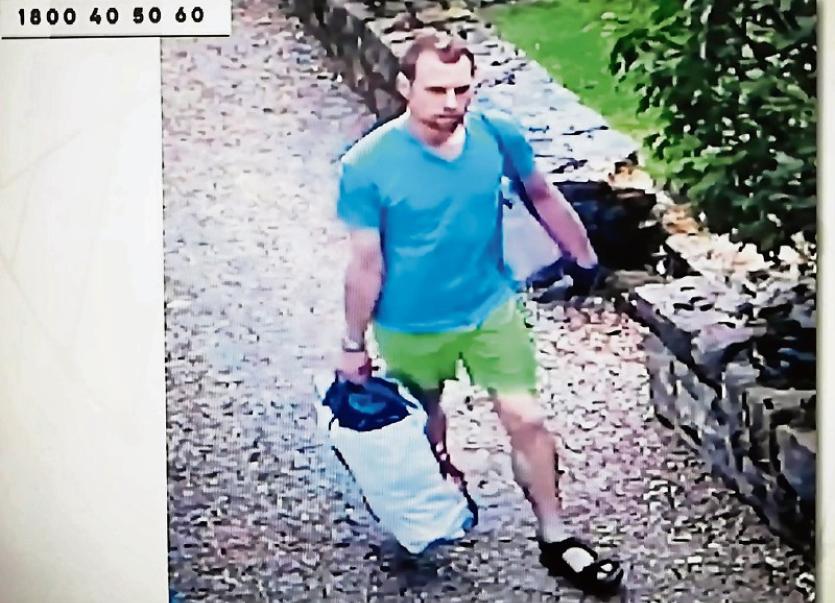 CCTV footage of the alleged culprit was broadcast on Crimecall

GARDAI have released CCTV footage of a man they suspect stole expensive stage-lighting from a function room at a city hotel.

An appeal for information about the incident which happened on July 9, 2018 was broadcast on RTÉ’s Crimecall on Monday night.

Footage obtained from the hotel shows the culprit, who is wearing bright green shorts, a blue t-shirt and sandals, walking in the basement of the hotel and also in the function room of the hotel.

“He can be seen trespassing in a private area of the hotel, he walks around and in the function room you can see him taking a stage light and putting it into a large shopping bag. He walks over to the stage and takes another light before going over to the corner of the room where he takes a third one,” said Garda Greg Freegrove during Monday’s programme.

While a stage, dance floor and a number of tables and chairs can be seen in the function room at the time, they have not been prepared when the theft takes place.

Further footage from an external camera shows the man leaving the premises during broad daylight while carrying the stolen property.