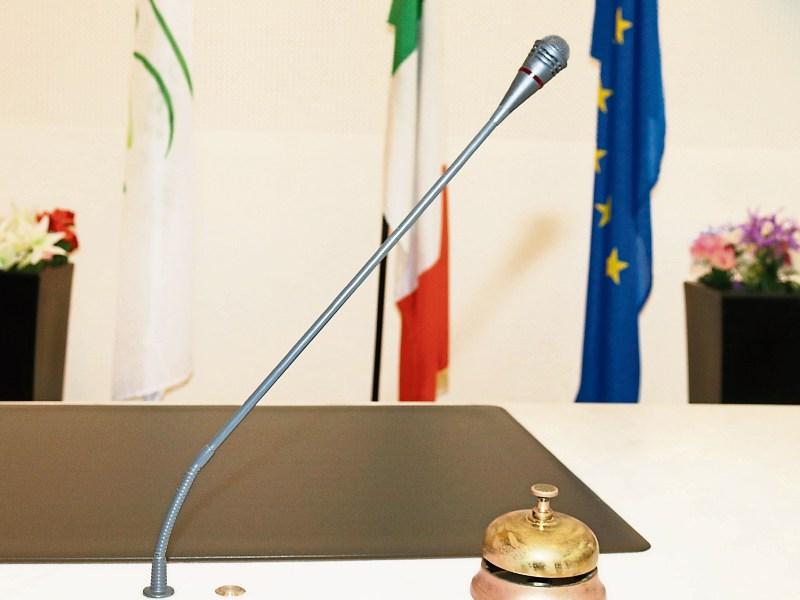 The real dilemma, councillors agreed, was that school safety measures fall between the two stools of the Department of Education and Skills and the local authority

SCHOOLS in County Limerick have made further pitches to local councillors in a bid to improve safety.

“How are we going to deal with all the requests coming in?” Cllr Michael Collins asked as yet another two schools, Scoil Mhuire, Broadford (see more below) and St Fergus NS, Glin made their pitch to the Newcastle West councillors for funds to improve safety at the school gates.

Just four months earlier, a deputation from Killoughteen NS had appealed to councillors for €35,000 for a pedestrian crossing and the question loomed large in the room: how many more schools out there needed additional safety measures?

The real dilemma, councillors agreed, was that school safety measures fall between the two stools of the Department of Education and Skills and the local authority.

“Let us have a programme of works. If we do one or two schemes a year we would have a good job done in the lifetime of the council.”

“It is going to be too late if one of these children gets knocked down or is seriously injured,” he said.

“We collected development levies and we should be looking at taking some of that money back. This is a community project. It will benefit a whole lot of communities.”

The Department of Education should make some contribution, Cllr Seamus Browne argued, and they should be made aware of the scale of the problem.

“We are dealing with two or three now but it could be four or five going into the future.”

Cllr John Sheahan suggested the €24,000 for Glin could come out of the €95,000 for roads allocated to Newcastle West under GMA (General Municipal Allocation) could be used. But he rejected director of services Gordon Daly’s advice that the project could be considered ‘private’ and not roads.

He would challenge any auditor to look him in the eye and say a child’s life was not worth €24,000, he said.

And he proposed that Killoughteen also be funded.

Councillors asked for a costing to be done for Broadford, having been told that a pedestrian crossing would cost less if done in conjunction with the overlay of the road. The matter will be discussed again in March.

An average of 1,600 cars a day use the road passing the national school in Broadford and a pedestrian crossing and flashing speed detectors are urgently needed to ensure the safety of the 167 pupils attending Scoil Mhuire.

“It is chaos at three o’clock in the evening,” Marie O’Callaghan, chairperson of the Parents Association told Newcastle West councillors earlier this month.

“My heart is in my mouth and the hearts of all the parents,” she said, explaining that she has gasped in horror many times over close misses.

Ms O’Callaghan, along with school principal Belinda Murphy and David Browne, chairperson of the Board of Management, were appealing to councillors to take action.

Numbers at the school had risen from 100 to 167, Mr Browne said and these numbers are expected to continue rising.

The school had taken measures to address safety issues, he explained. A designated set-down area had been developed and parents were also encouraged to use the church car park and walk their children to and from school. Over half the children now walk to or from school regularly, he pointed out.

In addition, Mr Browne explained, practically all of the staff have to be on duty when children are being dropped off or picked up.

These measures had gone some way to alleviating the pressure on  traffic, he told the councillors but further intervention was needed.

Roadworks are due to go ahead on this road in the coming months, Ms Murphy pointed out.

“It is an opportune time to put in the safety measures,” she said.

These include a pedestrian crossing, warning lights and a speed detector.