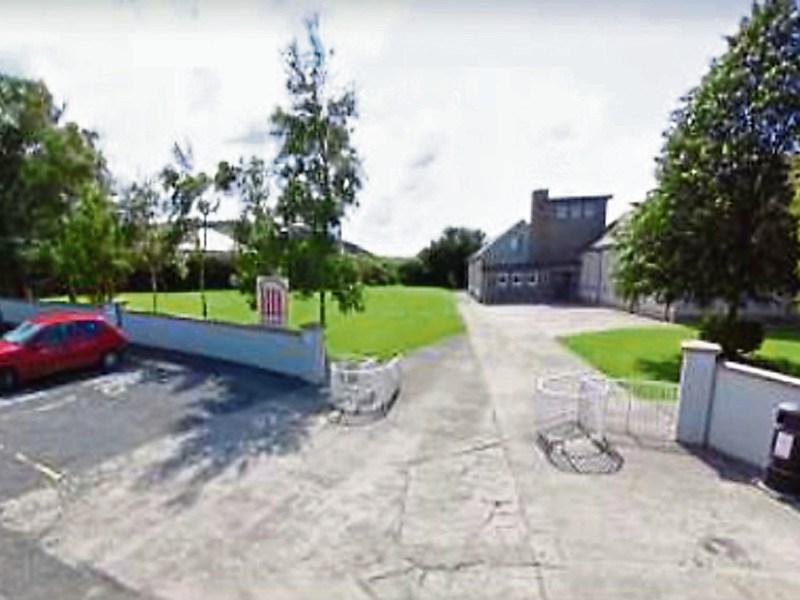 The current entrance to St Fergus’ NS in Glin. The board of management want a new one way system

St Fergus’ National School in Glin could lose their Clár funding of €50,000 unless it is spent by the end of March, Tommy Barrett, chairman of the school’s Board of Management told Newcastle West councillors.

The money had been granted for their detailed plan to provide a new, one-way, set-down system at the school.

The total cost of the project, he explained, was €144,120 and they hoped to achieve this through a combination of the Clár grant and a loan from parish funds of €70,000.

The Board of Management had applied to the Diocese to sanction the parish to give them a loan of €70,000.

A decision on the loan,was expected at the end of this  month, Mr Barrett said, but they had been told that a loan greater than €70,000 would not be considered.

Mr Barrett, who was accompanied by school principal, Deirdre Kennelly, outlined how they planned to pay back this loan through various fund-raising events in the parish.

But this left a shortfall of €24,120, he pointed out and they were appealing to the council and to the councillors for the balance.

The work must begin in early March, he stressed in order to draw down the Clár grant.

The school is located on the Glin to Athea road and a safety audit carried out last year showed traffic from Athea had to travel along the wrong side of the road because of cars parked outside the school. There were also risks associated with the parking area outside the school, Mr Barrett explained, as cars were liable to reverse out on to the road. In a bid to improve safety, the school bus now arrives ten minutes later.

The detailed plan would involve erecting a new wall along the verge of the road to allow a one-way system with an entrance at one end and an exit at the other. It would also include parking spaces inside the wall.

A decision is expected at the March meeting of Newcastle West councillors who are due to discuss the matter further at that meeting of the body.