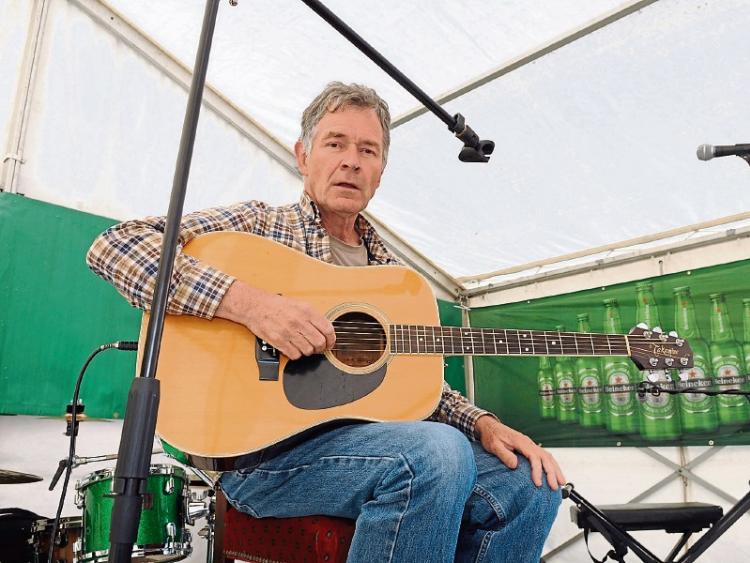 A NEW autobiography by one of Ireland’s most acclaimed songwriters charts his artistic and spiritual journey, along with his commitment to faith that has sustained him over the half century of his career.

The Voyage by Johnny Duhan, tells the second part to his story following his first memoir There is a Time, with special focus on his intimate family relationships as one of the main sources of inspiration for his work.

Over the years, the songwriter has received many letters from people who have been touched by his song The Voyage, popularised by Christy Moore and recognised as one of the most popular ballads of modern times.

“A few stand out,” Johnny told the Leader.

“One from Limerick photographer Gerry Andrews, who, while on a assignment in the Omo Valley in a remote part of Ethiopia where only a few bars and stores have electricity, heard Christy Moore singing The Voyage in a shop full of half naked Mursi tribespeople and discovered that it was played regularly there for one of the Elders who loved the song.”

“Another came from a doctor from the Isle of Skye asking for copyright clearance to include a Scottish version of The Voyage as the title track on a CD he was putting together of his wife’s favourite songs for her fortieth birthday,” he added.

“Some months after I gave approval, he contacted me again with news that the CD was soon to be released, not as a birthday gift but as a memorial album for his wife, after her death from cancer.”

The opening chapters of The Voyage tell the story of the songwriter’s relationship with his mother, who sadly suffered a breakdown on the cusp of Johnny signing an international recording contract.

The memoir also charts the songwriter’s own breakdown that led to a restoration of his religious faith, his father’s dying days and his first meeting with Christy Moore.

Lots of interesting and well-known characters are encountered but Johnny’s main achievement in these pages, as in his most popular song, is the ‘treasure’ that he and his first mate attain at the ‘shores of the heart’.

Johnny Duhan will launch The Voyage at the Limerick City Gallery of Art, Pery Square on March 14 at 6pm.

Logs from the book will be read and “all able chanters will be expected to join in on the chorus of the song that gave the book its title.” All are welcome.