Dramatic goings on in Knockaderry for West Limerick Drama Festival 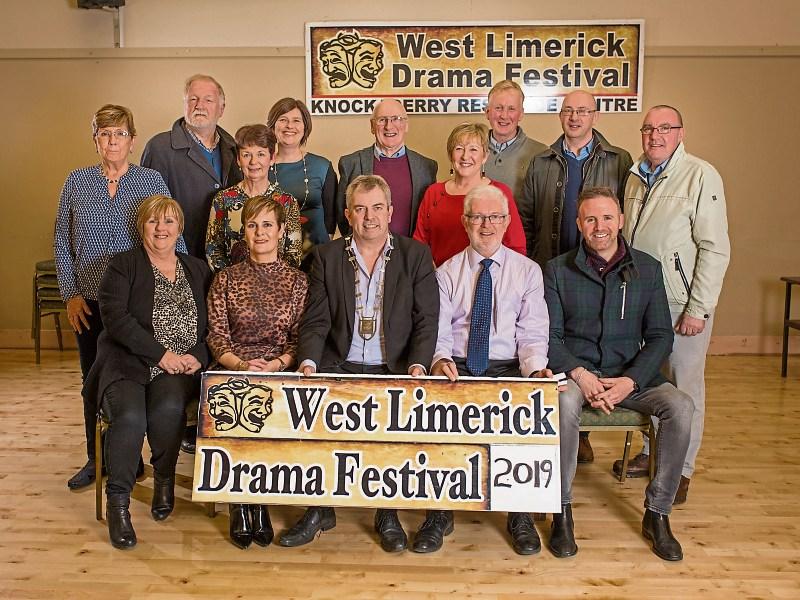 DRAMA continues to be the beating heart of many of West Limerick’s rural parishes and the hilltop community of Knockaderry Clouncagh is no exception.

For well over 20 years now, the drama group there has staged productions and given opportunities to local actors to show their talent.But over the past seven years, the Knockaderry Clouncagh group has gone further and been the driving force behind the West Limerick Drama Festival.

The festival has helped to put Knockaderry firmly on the dramatic map as the only full-length drama festival in Limerick, city and county.

“The festival is important to Knockaderry,” Pat Geaney, chairman of the Knockaderry Clouncagh Drama Group said this week when they launched the drama event. And he assured those who have never been to the festival of a very warm welcome, and a very heartening cup of well-made tea.

“This year again, we have six nights of drama with six different drama groups,” Mr Geaney explained. “We are pleased to be welcoming back seasoned participants such as the Seamus O’Kelly players from Loughrea and of course our neighbours in Feohanagh Castlemahon. But we are delighted to be welcoming new groups such as the New Hope Theatre Company, the Abha Bhan Players from Ballyhahill and the West End Players from Kilfinane.

“This year’s adjudicator is Pat Nolan, aka Barry O’Hanlon from Fair City, which is certain to spark interest both for the performers and for the audience as he will make comments at the end of each show,” Mr Geaney said. However, the final verdicts and the winners of the 12 award categories will not be known until the final night.

“We believe anyone who comes this year will get a good mix, from comedy to serious,” Mr Geanry pledged. And the hall in Knockaderry, which has only recently been upgraded, will be ready to welcome all-comers. The sound system has been upgraded, new lights added and there is a new floor.

Opening night is on Friday next, February 22 when Knockaderry Clouncagh take to the stage with A Funny Business, a comedy by Derek Benfield.

This will be followed on Saturday by the New Hope Theatre Company’s comedy production of Who has been sleeping in my bed? By Jimmy Keary. The weekend finishes with the Bernard Farrell play Lovers at Versailles on Sunday, February 24.

The following weekend, on Friday, March 1, Feohanagh Castlemahon will stage their production of one of John B Keane’s classics, Moll, while the following night, another classic, Sive will be staged by the Abha Bhán Players. The festival will end on a comedy note with the Seamus O’Kelly Players’ A Wake in the West by Michael J Ginnelly.

Tickets for each night cost €10 and €5 and a season ticket is available for all shows at €50.

The curtain goes up each night at 8pm.

Tom Neville TD, who is no stranger to the world of acting, will officially open this year’s festival.