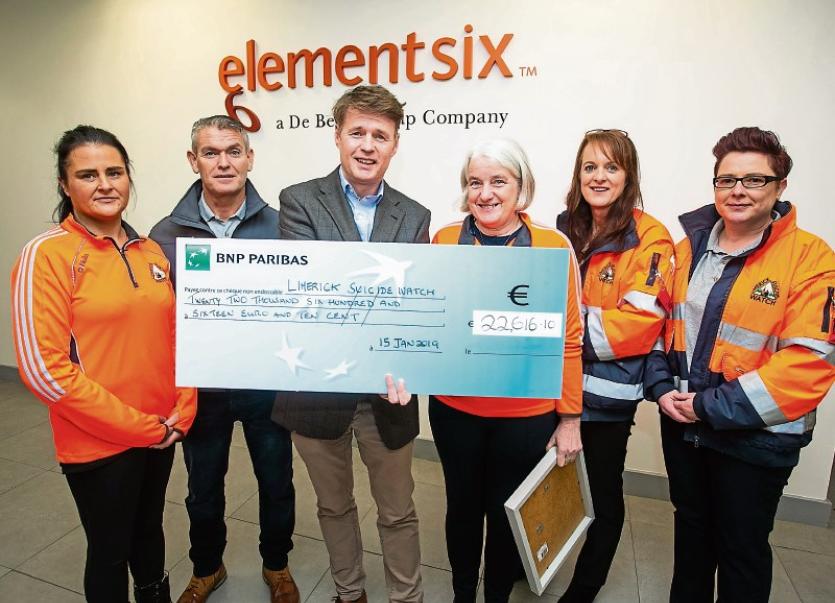 Over the last year, staff at the former De Beers facility in the Shannon Free Zone have held a variety of fundraising initiatives to raise money for the group, which provides regular patrols of the banks of the river, providing support for those in distress.

As an extra boost for the team’s fundraising efforts, the amount raised by employees was then matched by Element Six to bring the total donation for LSW to €22,616.10.

“This is our second year choosing a designated charity and we are thrilled with what’s been achieved. It means a huge amount to the team at Element Six that we were able to raise such a significant amount of money in just one year,” she said, “We are very happy to support such a worthy organisation that provides a priceless, life-saving service to the people of Limerick.”

In return, staff were given a ‘Safetalk’ course, aiming to teach attendees about how to approach and help people who are in suicidal distress.

Five workers at Element Six were able to attend the course, with Grainne adding: “​On top of being able to raise funds for the organisation, we received a valuable insight into the work of LSW.”