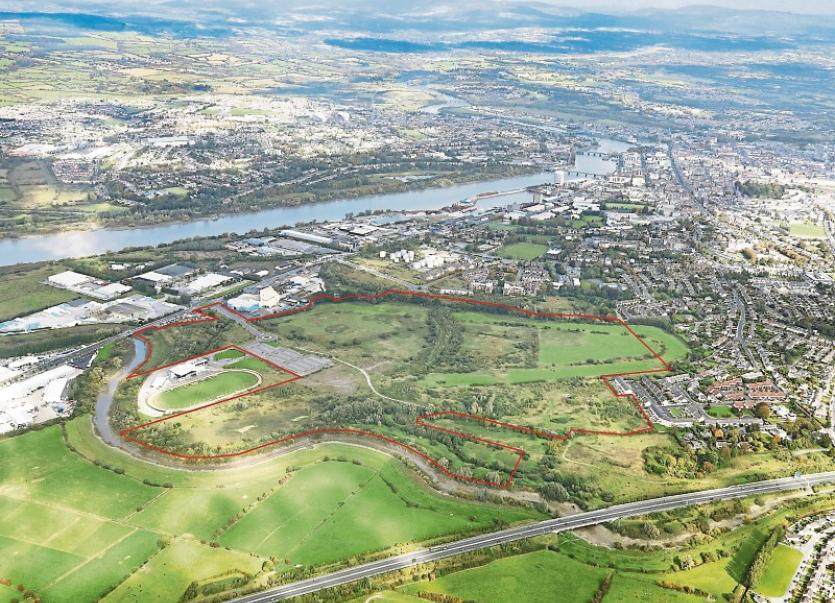 A MAJOR development site on Limerick city’s southside has gone on the market for €12m.

The former Greenpark Racecourse at the South Circular Road, which measures around 116.5 acres, has lain idle for the best part of 20 years, since the Limerick Racecourse moved to Patrickswell.

Now, it looks set for a new lease of life, with Savills and Cushman and Wakefield being appointed joint agents by the race company to sell the site.

Already, Labour councillor Joe Leddin has called on the local authority to purchase the site and develop it along the same lines as what is happening with its mixed development at Mungret College.​

According to the joint agents, the former racecourse is the one of, if not the largest mixed use development site to come to the Limerick market in the past 10 to 15 years.

”The site is capable of accommodating a large number of residential units in the short term and has been granted infrastructural aid to fast-track the delivery of housing units which will be seen as a positive by potential purchasers,” they said in a statement.

The site has an access road from the Dock Road which is currently used to access the Limerick Greyhound Stadium, with the land bound by the Alandale development, on its north-eastern boundary which links to Mary Immaculate College.

Limerick Racecourse, which had been at the site for over 130 years prior to its closure, has hosted several significant events including the visit of US President John F Kennedy in 1963 and Pope John Paul II in 1979.

Mark McMahon, the chairman of the Limerick Race Company, said: “With an increasing appetite for development land outside Dublin, we feel the time is right to sell the site of our former racecourse to invest in the future of racing in Limerick at Patrickswell, where we have been since 2001.”

Racing in Limerick has taken place at seven venues for over 225 years with the first Limerick racecourse being established in 1790. The current racecourse, Greenmount Park, was the first new racecourse developed in Ireland for 60 years and opened in October 2001.