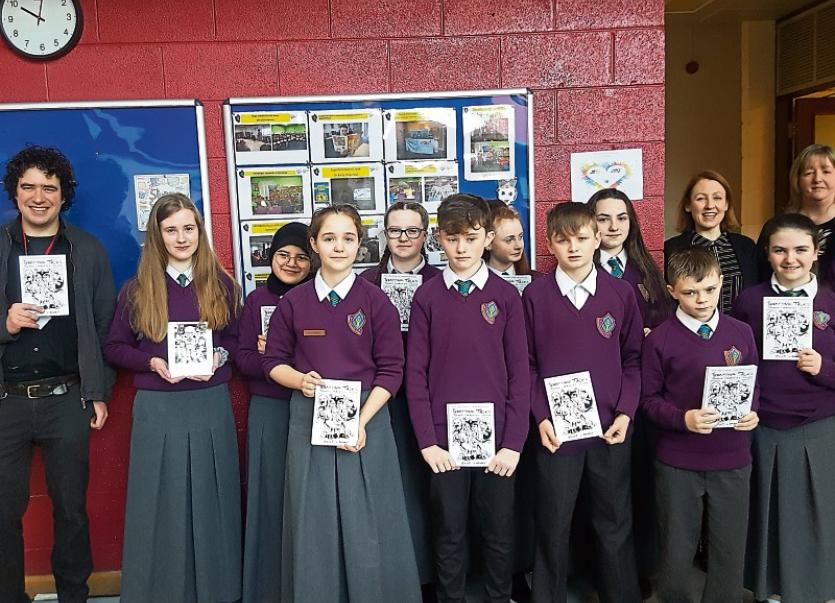 A “TERRIFYING” collection of short stories, written by first year students at a Limerick city secondary school will shortly be available as an e-book for all second-level students to read nationwide.

Terrifying Tales, a new collection of short stories written by Thomond Community College students, was launched recently at the school in Moylish.

Illustrated by Limerick artist Hugh McMahon, the book is a result of a short story competition, held by the JCSP library in the school for students.

First year students wrote their short stories with encouragement from their English teachers, with the best stories compiled by the school’s librarian Jane Bingham-Shee.

The students were then presented with copies of their own books at a launch recently held in the school.

“The students met the illustrator Hugh McMahon and were delighted to receive copies of their book to treasure,” Marie Toomey of TCC said.

“The event was attended by the students, their parents, teachers and our principal,  Norma O'Brien, who warmly congratulated the students on becoming published auth- ors.”  The book will  soon be available as an e-book on the JCSP Digital library reserve for all post-primary students to read nationwide,Ms Toomey revealed.