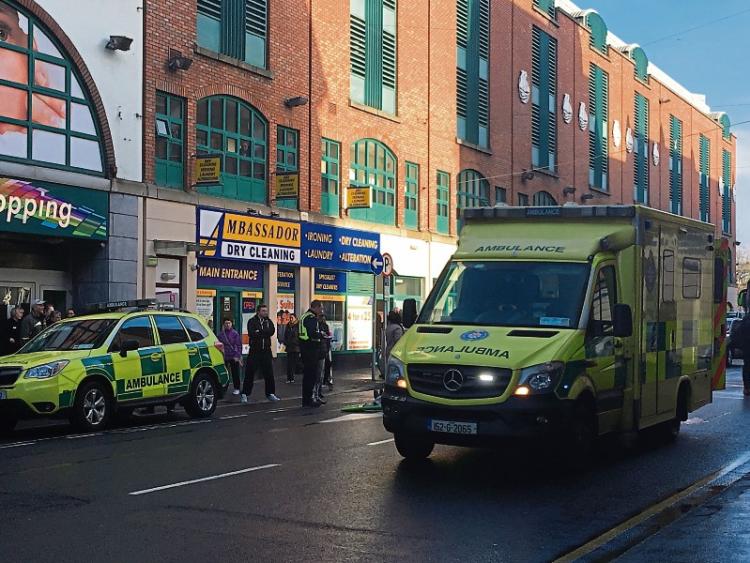 The scene of last week's incident at Patrick Street

THE CHAIRPERSON of Limerick City and County Council’s travel and transport strategic policy committee has called on the local authority to explore the idea of installing a pedestrian crossing on Patrick Street.

Independent councillor Frankie Daly made the call this week after a male pedestrian was struck by a car on Friday morning outside Arthur’s Quay shopping centre on Patrick Street.

Cllr Daly said he was “shocked” when he heard of the incident.

“I’ve made inquiries with the engineers to assess the need for a pedestrian crossing there. The roads committee have done a lot of good work recently in addressing risks especially at schools entrances and other areas around the city where a lot of elderly, or children and young people cross, especially as traffic in the city has increased at peak times,” he said.

He added that he has contacted the council to specifically look at this street “as a priority”.

The pedestrian’s injuries were not thought to be life-threatening.