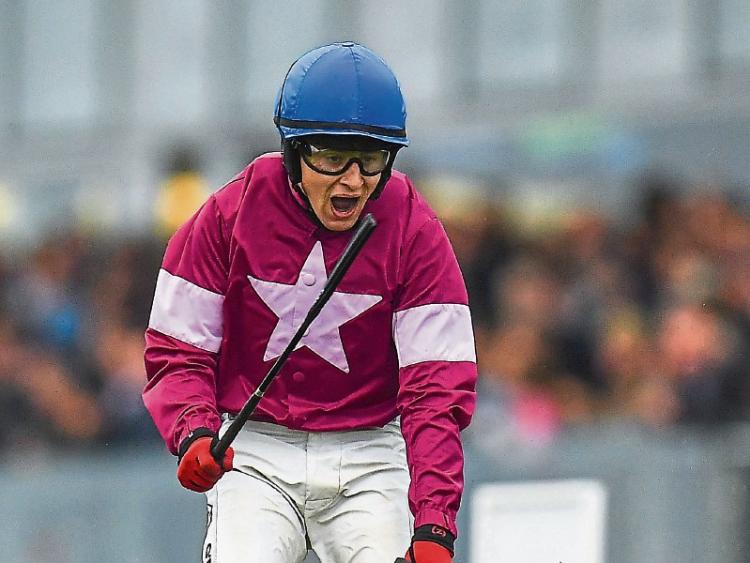 Mark enjoying his finest hour in the saddle thus far, aboard Clarcam in the prestigious Galway Plate last summer

TO the outsider, Castlemahon jockey Mark Enright had it all: a promising career in the saddle, a nice bit of money, good friends, and an enjoyable life.

That’s the problem looking at things from the outside – no-one can possibly know what is going on on the inside.

This week, at a special wellness event in Na Piarsaigh, Mark spoke openly about his spiral into such a dark place that he was ready to end it all over the New Year of 2015. 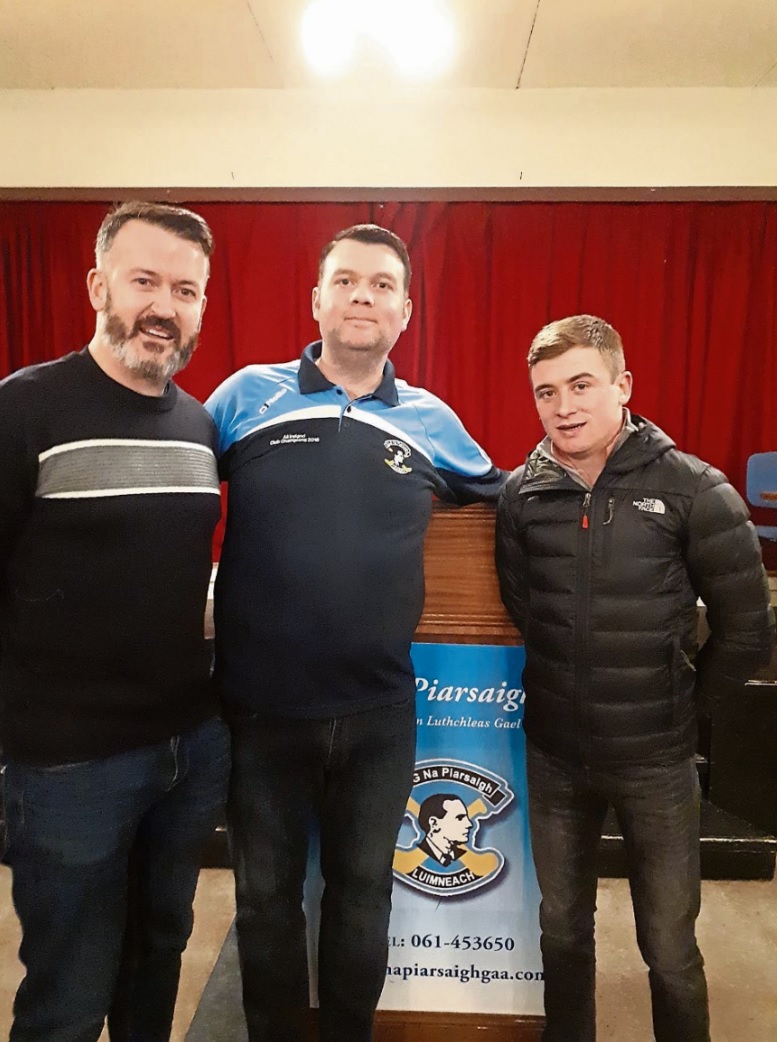 The first time he has spoken to an audience about how he got to such a dark place, the event was organised by the Caherdavin club’s health and wellness officer Brian Kehoe.

Taking up the story, Mark, now 26, said: “I was a 20-year-old man, living the dream, having left school at 16. I went wild for a couple of years, doing whatever the f**k I wanted to do. I was 20, I was driving a nice car around the town, I’d be making a few quid. I was looking at the lads I was at school with still in college working small little jobs here and there, and thinking ‘I’m okay.”

Like for so many people, depression crept up on Mark.

There was no big bang moment: tiredness and a lack of motivation were two key factors.

“Big jobs became an issue, I’d put things off until tomorrow until it got to the stage where getting up and and going to work became a big thing. Making a cup of tea became a big thing. Riding out, I just wasn’t enjoying it at all. These were things I loved, they were my second nature and then all of a sudden, I didn’t want to do them any more,” he told the audience, which contained members of Na Piarsaigh’s county-winning panel.

Mark dismissed the notion he could be depressed, instead putting on a brave face in the weigh room, masking his tears to avoid being judged by his peers.

“I felt, I couldn’t be depressed. I’m a 21-year-old living the dream, what have I to be depressed about? I’ve no problem, no issues,” he said, “I’d like to think one thing I’m good at is putting on a smile and cracking a joke. I’d like to think I was one of the lads who’d be able to have a bit of craic in the weigh room. After a while, I’d just blend into the corner. I’d still put on a smile.”

That was by day though: by night, he was locking himself away from the world, finding many excuses to leave the stables early, and simply lie down at home.

It all came to a head a little over four years ago, when he decided enough was enough.

Heading out to Tramore, Co Waterford, on New Year’s Day, 2015, he had already had his mind made up.

“To me, I left to go racing that day, and when I came back, it was the last time I was going to see daylight. I wrote letters to my mum and dad, and my friends saying I’ve been struggling. Life wasn’t for me any more, and I’m passing on. I felt people would be better off without me. I had two falls at the races that day. I got absolutely milled off the ground. I didn’t feel a thing, I was just numb. I was getting out of this world and that was it,” Mark said.

The jockey embarked on something of a farewell tour across the country, with one of his final stops, the home of his long-time friend Mark Walsh, known as Mick.

It was almost like a fated visit, because there, the Limerick man broke down in tears and all the pain he’d left bottled up flooded out.

“Mick was quick enough. He called our doctor Adrian McGoldrick, Robbie Mac and Brian Cooper. They came into the house, I was crying, bawling into a cup of tea,” he recalled.

One thing which struck him was the calmness of the medical professional, who assured him that depression is common, and “we will have you right as rain soon”.

Naturally at that time, Mark was sceptical.

He was even more sceptical about checking into St Patrick’s Hospital in Dublin, listing all the negative perceptions he had of the facility in his head.

Despite all that, Mark checked in for a fortnight.

“It was a big eye-opener. You meet every day people in there, business people and sports people. I realised this was a common thing, this is as common as the flu. Seeing all of this, I started to realise there is a chance for me,” he said.

After this, he took the incredibly brave decision to go public – his prolonged absence was not an appendix injury as was originally publicised. It was a crippling depression.

“The response was huge. People were telling me they could relate to me, it went from me being in this hole on my own to opening up and getting out of it. For me to realise there are so many people struggling and not just me was huge,” he added.

He was delighted when he returned to the stables, the ice was broken quickly. Nobody tiptoed around him, as is so often the case for people who have suffered a mental breakdown.

“Ever since then, there have been bad days and good days,” Mark added, “On the whole life is good. I have a two-year-old daughter flying around the place keeping me busy. She is the boss now. I’ve had plenty of winners, good success over the summer. I couldn’t be happier at the minute.”

Asked what advice he would give to anyone struggling, the key is to talk, to “uncork the bottle” and let it all out.

If you are struggling from depression, don’t suffer in silence. The Samaritans in Limerick are available to talk in confidence, on freephone 116-123, and are based in Barrington Street.