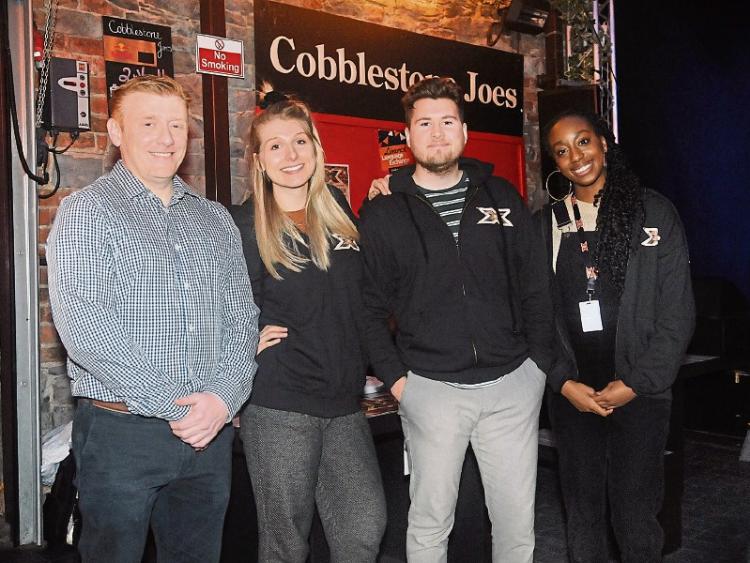 DOZENS of Limerick people dreaming of being the next big thing were in Cobblestone Joe’s last night to face the X Factor challenge.​

The talented – and the not-so-talented – were out in force in order to secure a shot at facing the judges on the ITV show when the auditions proper take place this summer.​

Their footage will be fed back to show producers, with the best being invited across to the British capital for a producer audition.

If they get through this, they will then meet the fearsome four judges – likely to be fronted by music mogul Simon Cowell.

“Limerick is a very talented place. We have been all around Dublin and Cork so far, and we have found great talent. I'm excited for the night, I think it will be good,” Hannah told the Limerick Leader.

“They have been so accommodating for us, and we would be more than happy to visit again next year, 100%,” she added.

Her father Mark Tobin added: “I'm extremely proud of her. She has a major talent, and i'm really proud of her. I hope she gets on the main show - i'm looking to retire a bit early so hopefully eh?!”

International music juggernaut @TheXFactor has arrived in #Limerick! Auditions well under way now at @cobblestonerock... Lots of musical talent on display. Could we have the next big star on our hands here in the city? @XFUKAuditions #Xfactor pic.twitter.com/S59KSTqTzJ

David Ryan, who owns Cobblestone Joe’s with his brother Darragh said: “There are a lot more people out there who need to be given the chance to go forward. I think in Limerick, we are not snobbish about our music.” For more, see The Leader, out Wednesday morning