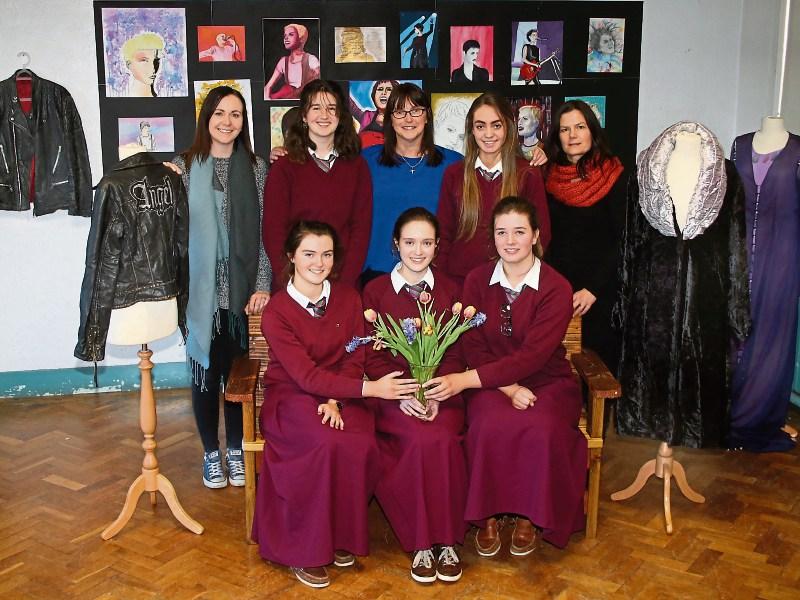 GARMENTS owned and worn by Dolores O’Riordan, kindly on loan from her school friends, were put on display at her former school as part of an exhibition dedicated to the late rockstar.

On Lá Fhéile Bríde, St Bridget’s Day, Laurel Hill Cólaiste FCJ (LHC) celebrated the life of the late Ms O’Riordan with an exhibition of portraits created by students of the city school.

A selection of outfits both worn and associated with Ms O’Riordan, including a bridesmaid dress worn at her wedding in 1998, were also displayed, loaned to school from Dolores’ school friends Rachel Real and Breffni McCarthy.

Paid a visit to @LHCfcj this morning... Some very talented artists in my old school ♥️ #DoloresORiordan pic.twitter.com/ObtIML8NTg

“I think Dolores would be chuffed that her garments were on display here in LHC,” Ms Real said.

“The oldest of the two leather jackets belonged to Dolores when she was a teenager,” Ms Real explained.

“When we were about 16, she was getting a new one and I bought this one from her, so it really is very old.

The transaction was carried out at school but I can’t remember how much I paid for it. I added the darker piece of lining later as I wasn’t crazy about the red.”

“Some years later when Dolores was getting married, I thought it would be a good idea to wear the jacket to her wedding,” Ms Real added.

“The other leather jacket was given to me many years later. She told me she wore it in a video but I’m not certain which one.”

“It’s been worn far less than the other one and hence is in much better condition.

“The robe has a similar story,” Ms Real explained.

“It was made for her for a performance. It’s not something that could be worn out and about as you can see and it’s quite heavy so I can’t imagine that she wore it for too long as she had such a small frame.”

A purple robe worn by Dolores’ bridesmaid Breffni McCarthy for her wedding in July 1994 was also included in the exhibition.

Last summer, a bench dedicated to Dolores O’Riordan was unveiled in the sixth year garden at LHC.

The wooden bench, which is engraved with lyrics from Ordinary Day, reads: ‘Always be yourself along the way, living through the spirit of your dreams’.

In December, the LHC choir treated the All-Ireland senior hurlers to a special rendition of Dreams as the country’s top hurling team visited with the Liam MacCarthy Cup.