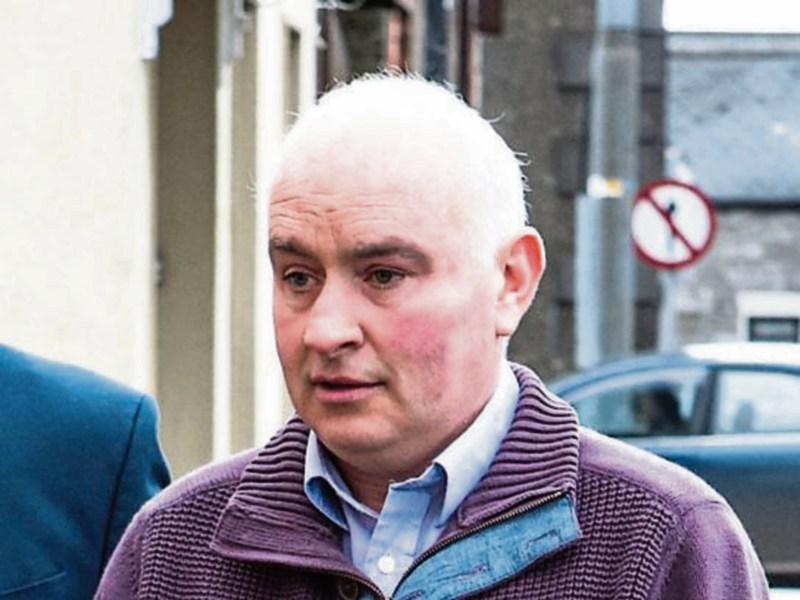 A TIPPERARY murder trial witness has denied asking a relative of the deceased if gardai would be able to tell if a body had been in the boot of a car.

In her third day in the witness box, Mary Lowry, 52, also told the court that she is a "kind, decent person" and wants to "solve this murder mystery".

Ms Lowry was giving evidence in the trial of Patrick Quirke, 50, of Breanshamore, Co Tipperary who has pleaded not guilty to the murder of 52-year-old Bobby Ryan - a DJ known as Mr Moonlight - on a date between June 3, 2011 and April 2013. Mr Ryan's body was found in a run-off tank on a farm owned by Ms Lowry and leased by the accused at Fawnagown, Tipperary in April 2013.

Bernard Condon SC for the defence this Thursday read from garda statements by Ann Stapleton, the deceased man's sister-in-law. In those statements Ms Stapleton told gardai that Ms Lowry rang her on June 5 "out of the blue" following Bobby Ryan's disappearance.

Ms Stapleton said Ms Lowry asked her about fingerprints and said: "If there was a body in it would they be able to tell?"

Ms Stapleton said she responded by saying that would be down to forensics and then Ms Lowry started talking about something else.

Gardai asked Ms Lowry about this in December 2011 and she told them: "I never said to Ann Stapleton about a body in the boot of the car."

In the witness stand Ms Lowry said she spoke to Ms Stapleton on the phone but did not mention anything about a body in a car. She said it was "highly unlikely" that she would say such a thing.

During more than three hours of cross examination Ms Lowry denied telling "devious" lies about the accused or that she had tried to put herself in the best possible light while putting Mr Quirke in the worst possible light.

Ms Lowry said she had told the truth and the whole truth in her statements to gardai and in her evidence to the jury. Mr Condon asked her why when she gave statements in 2011 she did not mention that the accused looked "hot, sweaty and bothered" on the day that Mr Ryan went missing.

Mr Condon said she only introduced this when questioned in 2013 and suggested that she did so as part of her "agenda" and in a bid to add poison to her statements about Mr Quirke.

Ms Lowry said she had told the truth to the best of her ability.

Mr Condon further questioned her about a claim that she found it "unusual" that Mr Quirke was on the farm at 8.30am on the morning Mr Ryan went missing. Counsel pointed out that in a statement she made in 2011 she said that Mr Quirke would be "coming and going all the time" and that he was going away that weekend and probably wanted to get some jobs done before he left.

He asked her why she "lied to the jury that you didn't know he was going away?"

She said she can't remember "exactly what I have said seven years ago". Counsel put it to her that this was a "devious lie" and she responded: "No. It was not. I speak the truth of what my memory is."

When Mr Condon suggested she was trying to "trash" his client she said: "Pat Quirke has managed to trash himself, not me."

Mr Condon suggested that as part of her "agenda" the witness added that Mr Quirke looked "hot, sweaty and bothered" but she replied: "That is not a lie. That is what I saw."

When he asked her why she had not given that description in 2011 despite making four statements to gardai that year, she said the important thing to remember is that she told gardai in 2013.

Counsel suggested that the important thing to remember could be that she didn't give that description to gardai until she wanted to "traduce Mr Quirke in every possible way in 2013".

The witness said those were the thoughts in her head and added: "I have borne my soul in this court case. It is the truth."

She disagreed with Mr Condon that this and the assertion that it was unusual for Mr Quirke to be in the field at 8.30am was an "added piece of poison".

Mr Condon asked Ms Lowry about a conversation she had with the deceased's son Robert on the morning that Bobby Ryan went missing. The court has previously heard that Mr Ryan left Ms Lowry's home at about 6.30am but his family became concerned when he did not go home or arrive at work. Ms Lowry agreed that Robert Ryan called to her home that morning and asked if she knew where his dad was. She said she couldn't remember telling Robert Ryan: "We didn't have a fight".

Mr Condon asked if she was shaking or crying at this time and she said she couldn't remember but she sees no reason why she would have been.

She said that she was worried and that Bobby Ryan had previously told her of feeling depressed and said he had thought about ending his life by throwing himself in a lake. So she asked Robert if he had searched lakes and "things like that". She said she couldn't remember if Robert replied: "That's lies."

Mr Condon said the witness seems to have "extraordinary memory when it relates to Patrick Quirke" but "appears now not to have a memory of things at all". Ms Lowry replied: "I have suffered under the hands of Patrick Quirke and I can remember the things he has done to me."

Mr Condon said she was being "calculated" by saying she can't remember so that the jury would not be able to accuse her of lying when evidence is heard later in the trial. She said: "I'm still telling the truth, the whole truth and nothing but the truth."

She added that she can't remember everything as these events took place seven years ago.

Ms Lowry further rejected a suggestion that she did not tell the jury the "whole truth" when she did not point out that one of her sons had a "difficulty" with Bobby Ryan. She said Mr Ryan loved her sons and her sons loved him but she accepted one of her boys found it difficult when she started seeing Mr Ryan.

She added: "They had me for so long on my own and somebody to come in in and take over my attention it was probably difficult for them. He might have been a little jealous at the time."

She said he was only a child and "in the over all scheme of things they had no problem".

Later in the cross examination Mr Condon suggested the witness was making a presentation to the jury about his client. She said she was a young widow with three small children when she started her affair with the accused. She was, she said, "obviously in a state and I was taken in by Mr Quirke who tried to help me but I didn't realise he was just helping himself".

She disagreed with Mr Condon that she had chosen to have an affair saying she was "led to have an affair", that she was vulnerable and lost. She said her whole life had fallen apart when her husband died and Patrick Quirke "came in and tried to take over control of everything".

When counsel suggested that she was trying to rehabilitate her reputation through the local newspapers she said she has nothing to do with local papers and added that she is a "kind, decent person" and wants to "solve this murder mystery". Justice Eileen Creedon reminded her to "confine yourself to the questions."

When the witness complained of feeling tired Justice Creedon adjourned the trial until Friday when the jury of six men and six women will return to hear the rest of Ms Lowry's cross examination.