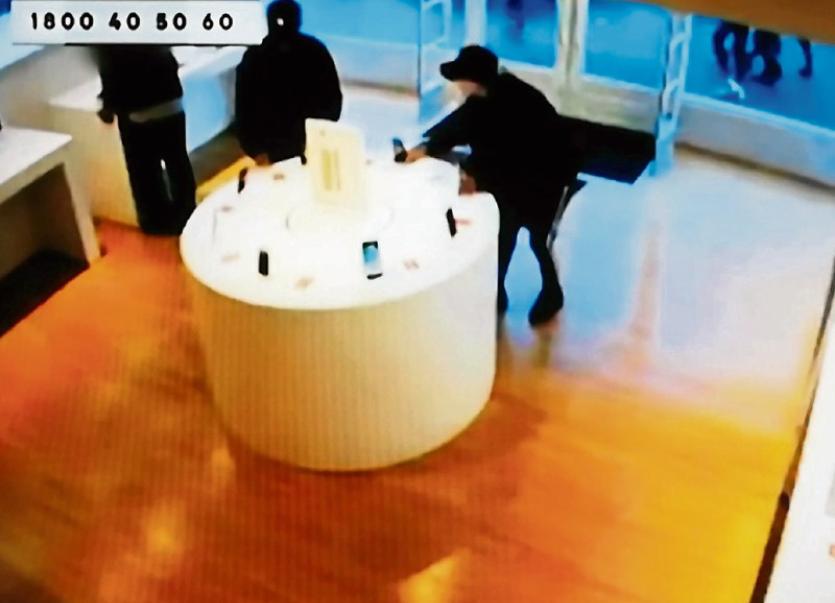 GARDAI have released CCTV footage of two men who were involved in a brazen theft at a store in Limerick city centre.

An appeal for information about the incident which happened at O’Connell Street in October 2017 was broadcast on RTÉ’s Crimecall programme on Monday night.

“There are two suspects involved in this and we can seen them (on the footage) entering a phone shop. They are both dressed in dark clothing and are wearing baseball caps,” said Garda Greg Freegrove.

In the footage, the men can be seen examining a number of phones which are on display in the store before they remove two phones and leave the premises.

“We appreciate that both men are very well covered up but maybe you have information about this theft or perhaps you can identify them from the footage,” said Garda Freegrove.