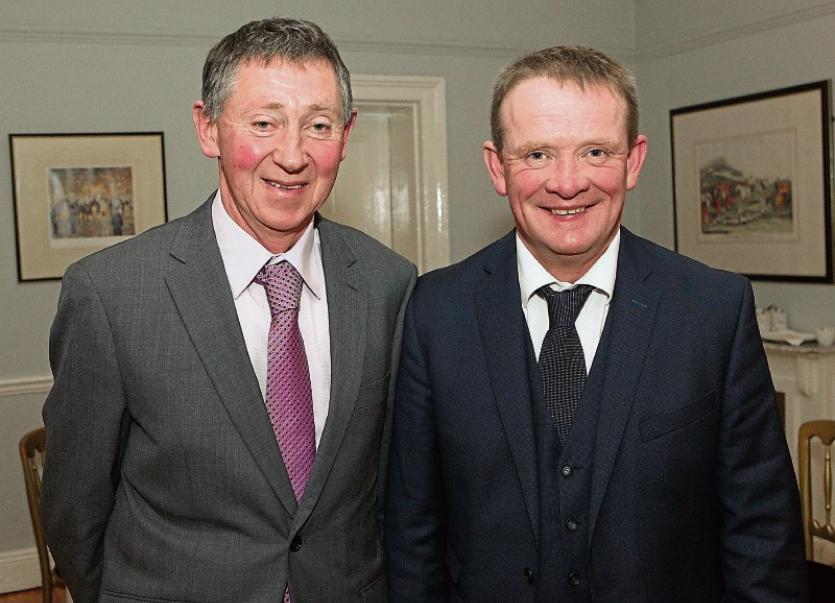 THE DUNRAVEN Arms’ famous roast beef was a popular choice at the Limerick and Clare milk producers dinner dance on Friday night.

Beef also cropped up in the chairman, Michael O’Connor’s speech. During the week, he said he had listened to a radio programme that featured a segment on a food trial.

“It was regarding the amount of meat and dairy products that were healthy for the long term health of a person / sustainability of the planet. It was claimed that one cocktail sausage was your quota of meat or one glass of milk a day!

“To add to that our taoiseach, Leo Varadkar, who is supposed to have the best interests of us all at heart and not just Dublin, makes a statement that he was cutting back on his consumption of red meat. His argument being that he wanted to reduce his carbon footprint. Maybe if he cut out one of his foreign trips each year, he could do a lot more for the environment than reducing his intake of beef,” said Mr O’Connor.

“Maybe he could think about the livelihood of beef producers and factory workers whose livelihoods could be seriously affected by his lack of understanding how things work in the countryside,” he continued. Mr O’Connor then turned to his own meat and drink and that of many in the audience - milk.

“On liquid milk I think it is very sad to see Golden Vale branded milk being sold in shops. Little or none of these cartons contain milk from the Golden Vale area but from Glanbia liquid milk suppliers, who are located far away from County Limerick,” said Mr O’Connor, who touched on the perfect storm of weather and hurling in 2018.

“The main talking point was the poor start to the year and the drought of the summer but like all things – not only one drought but two – came to an end in August. First of all the rain came and secondly the Liam MacCarthy Cup came to Limerick after a long wait,” said Mr O’Connor to resounding applause. He finished up by by wishing everyone all the best for 2019.

“Hopefully we will all be back here again next year for another fine beef dinner and not just one cocktail sausage or a variety of beans and peanuts,” said Mr O’Connor, who thanked the management and staff of the Dunraven Arms; all their sponsors for donating such a variety of spot prizes and all the organising committee.