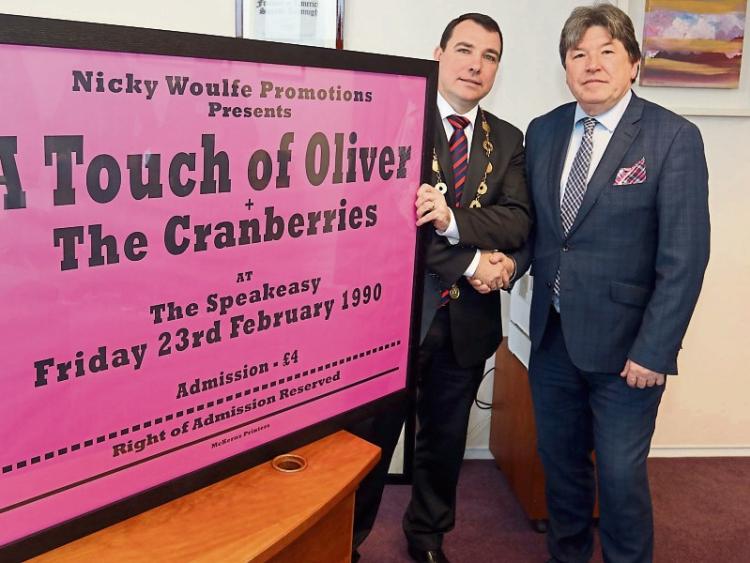 LIMERICK could be on track for a new museum set to visually showcase five decades of music memorabilia with more than 1,200 vinyl records, periodicals, posters and photographs.

Music Memories and Memorabilia, which will feature artifacts from the archives of musical greats like Thin Lizzy, Van Morrison and Horslips, is hoped to be on the way for the city by the end of 2019.

The proposed museum will also feature rooms dedicated to international, Irish and Limerick-born musical talents, and a performance space for gigs, according to collector and DJ Nicky Woulfe.

“Collecting memorabilia, appreciating and preserving items of interest from periods of our past, are all intrinsic parts of my own practice as a collector,” Mr Woulfe said.

“So it has been a lifelong ambition to bring the Music Memories and Memorabilia project to fruition as a full time visitor attraction,” he added.

More than 6,000 people visited the Music Memories and Memorabilia collection during its six week run during the City of Culture celebrations in 2014, according to Mr Woulfe. At that time it featured just 157 artefacts, he added.

“Many of these visitors were from abroad, and remarked about how fantastic it was, that it should have a full time home,” Mr Woulfe told Limerick city and county councillors at a meeting of the Metropolitan District of Limerick.

“The collection has been promised further artifacts by many of the people and bands I have worked with over the years which have included the Cranberries, Thin Lizzy, Van Morrison, Horslips, Mary Black and many more who have promised me material from their achieves once the project is up and running on a full time basis.”

Seven locations in Limerick city have been considered for the venue. The museum’s trustees have also spent the last two years traveling to  similar visitor destinations in Cuba, Paris, Barcelona and Liverpool.

The project is currently seeking funding assistance worth €30,000, to offset some of the costs of framing items for the proposed museum, which is expected to cost in excess of €100,000.

“We believe that with the support of Limerick City and County Council, Music Memories and Memorabilia can and will make a very real and significant contribution to attracting and growing tourist numbers in the years ahead, given how unique an exhibition it is,” Mr Woulfe added.