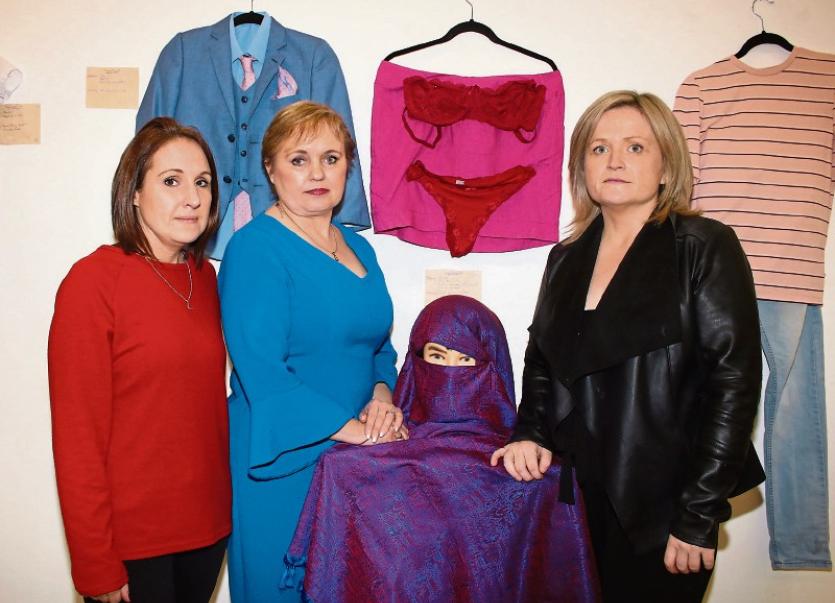 A BOY’S Communion suit, a burqa, a mini-shirt and a tracksuit; just some of the items of clothing put on display in the city to highlight “insignificance of clothing during rape trials.”

On Thursday, clothing representing the outfits worn by 21 survivors of sexual abuse at the time of their attack was displayed at the Health Hub on Rutland Street as part of the Clothes Don’t Rape exhibition.

The exhibition also marked the official launch of Survivor Support Anonymous, a peer-led support group launched by Limerick woman Leona O’Callaghan, who waived her right to  anonymity during a recent trial so that her rapist would be named.

“There isn’t too many similarities or common threads in the outfits,” Ms O'Callaghan said, speaking at the exhibition. “We won’t see a pattern by examining these clothes. Though a powerful exhibition, the clothes will not give us any answers.

“The reason for this is because our clothes are irrelevant,” Ms O’Callaghan said, calling for legal reforms in the way rape and sexual assault cases are handled in Ireland.

“Our message is clear and I just really hope it does not fall on deaf ears. Rapists cause rape, full stop, end of sentence,” she added.

Speakers at the Clothes Don’t Rape exhibition included rape survivors Debbie Cole and Criona Higgins, who spoke about their own experiences.

Ms O’Callaghan said the group is open to all survivors, regardless of gender, with equal numbers of men and women already attending.

“It can feel uncomfortable and negative. However, I truly believe that it is only by working through this discomfort that change can happen.”

For more details on the group, contact 0851492977 or see www.survivorsupportanon.org