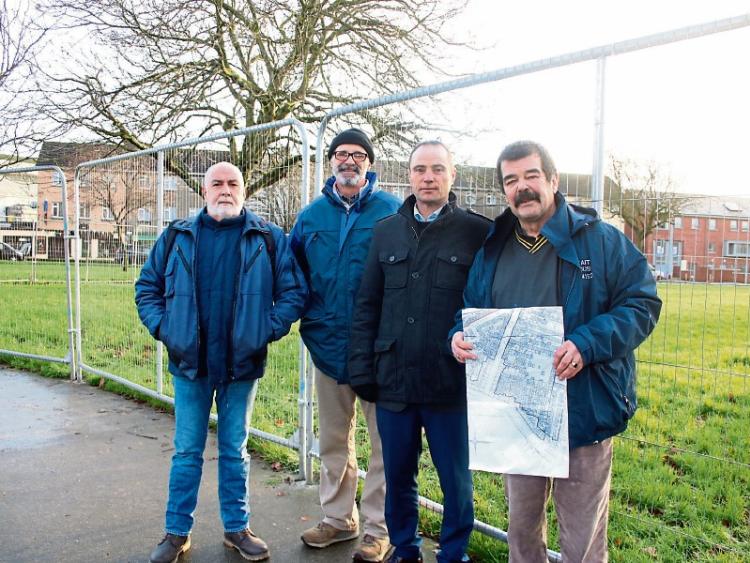 CAMPAIGNERS will continue their opposition to plans to build 50 parking spaces on the Hyde Road in Limerick city – despite the fact contractors are now on site.

Builders moved onto the green space on Thursday last to start the programme, which will see land converted into a car parking facility, with other lighting, landscaping and pathways built.

The work is being carried out as part of the Parnell Street upgrade scheme, with the parking spaces put in place due to the loss of several on-street spaces.

But there is opposition to the project, with more than 1,100 people signing a petition set up by local election candidate Elisa O’Donovan.

Local activist, and fellow election candidate Noel Hannan has vowed to fight “tooth and nail” to stop the development in its tracks.

He made the point that with the People’s Park closing at nightfall in winter, there is little green space for dog walkers. He also says many children in the locality play in the area.

It comes in spite of the fact that councillors waved the proposals through three years ago.

But concerned citizen Fionan Coughlan says he believes there was not adequate consultation – and even now, building should be halted.

“From the people we have spoken to on the ground, and the residents we have met, nobody seems to know about it,” he said.

“I think this is an exceptional circumstance in the fact we believe there is a case that there was inadequate consultation based on the importance of the green space,” he told the Limerick Leader.

But Labour councillor Joe Leddin said: “Politics is about making decisions. It went to a public consultation process and not one submission came in concerning the increase of car parking spaces. Not one councillor objected to the proposals. No-one submitted any views, good bad or indifferent.”

Mr Coughlan believes there is an alternative solution: an Irish Rail yard beside Sexton Street CBS.

Limerick Council maintains just 10% of the land will be used for parking.