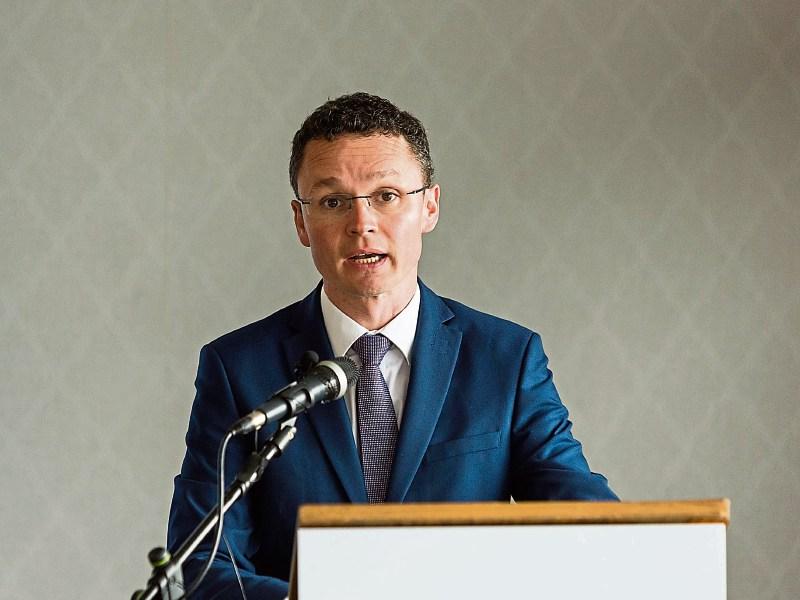 The indicative routes for the by-passes of Newcastle West and Abbeyfeale could be ready by the end of the year, according to Minister of State, Patrick O’Donovan

THE indicative routes for the by-passes of Newcastle West and Abbeyfeale could be ready by the end of the year, according to Minister of State, Patrick O’Donovan.

And he has welcomed the funding of €900,000 for  Limerick City and County Council which will allow design work to begin on the two relief roads.

“Starting now to put a plan in place for them is absolutely critical,” he said.

These road projects could not have proceeded unless they were specifically included in the National Development Plan, Project Ireland 2040 and he had worked to ensure that, he pointed out.

“Now we are starting to see funding being allocated to the projects. The money involved here, almost €1m will allow the council to complete much of the work needed to get routes for both towns.”

“Including Abbeyfeale and Newcastle West for early stage funding now is vital because work is continuing to progress on the design of the bypass of Adare and the Foynes Road to Limerick,” Minister O’Donovan continued. “Once that road is started and possibly completed in stages, the traffic problem will move on to the other towns. So starting now to put a plan in place for them is absolutely critical.”

The chairman of the Newcastle West Development Association, Michael Finucane has also welcomed the beginning of work on the relief roads. “It is a good start,” he said, adding that there had been false dawns in the past. However, he cautioned, the projects “could take some time”.

He acknowledged however that some of  Newcastle West’s traders weren’t totally convinced about the merits of the project, pointing out that there is a perception that Newcastle West is already by-passed.

“There are positives and negatives with any by-pass,” he continued. “I believe it has to happen. Otherwise we are in trouble with traffic.”

He stressed the importance of the two relief road projects going ahead  in tandem with the development of the Limerick Adare Foynes road.

The €900,000 for the by-passes is part of overall funding of €10m for Limerick’s national roads in 2019. The funding includes €1.4m to continue the design of the Limerick to Foynes road, which includes the bypass of Adare. A further  €2.2m is allocated to design works for the Limerick to Cork Motorway and €500,000 for the Cahir to Limerick Junction road on the N24.