County Limerick reigniting a grá for its Irish language past 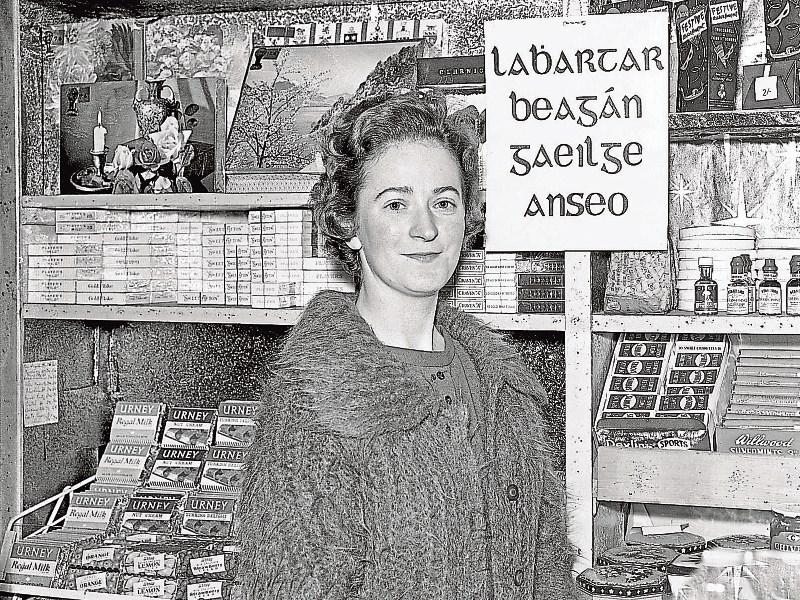 Abbeyfeale was the only county Limerick town to enter Comórtas Glór na nGael in 1962, an initiative under the patronage of President Eamon De Valera

FOR one weekend, in May 1968, Abbeyfeale was the centre of all things Irish when it hosted the annual conference of Conradh na Gaeilge and hundreds of people from all over the country gathered in Tobin’s Hall.

But that was only one of the highpoints of the town’s enthusiasm for the Irish language. Just five years before that, in March 1963, the then President of Ireland, Eamon de Valera was welcomed by thousands of people who packed the Square for the presentation of the Glór na nGael national award. Abbeyfeale had taken the ultimate accolade for the “most Irish speaking” place outside the Gaeltacht in 1962 and won again in 1963.

Now, renewed efforts are underway in Abbeyfeale to get people speaking as Gaeilge on a regular basis.

Just before Christmas, a new branch or coiste of Conradh na Gaeilge was established in the town, more than a century after the first coiste was set up there in 1906. Now, the coiste is busy organising  its first Tionól or gathering which takes place  next month.  And they have drawn up a programme of get-togethers where people can take part in caint is comhrá as Gaeilge as well as a series of lectures and a walking tour of the town which will include the Glór  na nGael plaque, now in place at St Ita’s Hall. But, not surprisingly, it being Abbeyfeale, there will be plenty music too.

The weekend opens on Friday,February 8 in Fr Casey’s GAA hall with a lecture by Athea academic Séamus O’Coileáin on the history of Irish in West Limerick.

According to Irish traditional musician Donal Murphy, who is PRO for the new coiste and for the Tionól,  an tUasal O’Coileáin has done a lot of research on the issue and has come up with some very interesting material.

This will be followed at 9.30pm with a concert featuring The Flannery Sisters, Denis Curtin, Ríona ní Churtáin as well as Donal and the Murphy family.

A lecture on the history of clothing in Munster will be given by Síle de Cléire on Saturday morning and will be followed by the walkabout.

In the afternoon there will be a talk on the 18th century poetry of Fr Nicholas O’Domhnaill by Abbeyfeale academic Una Nic Einrí. agus cuirfear deireadh leis an Tionól le seisiún eile ceoil ó ceoltóirí óga.

A small admission fee€5  will be charged per ression over the weekend.

It is all about encouraging people to use their Irish, Donal Murphy said. Thirteen years ago, he was, he explained,, “disgusted” with himself when he found himself unable to give an interview as Gaeilge for a TG4 documentary.

This inspired him to do something and he advertised for those interested in setting up  a “coirceal cainte” in Abbeyfeale.

To his great surprise, a group of 10 turned up for the first gathering and then began meeting regularly.

It started with the basics, Donal explained, but over time people improved. And he hopes that following the Tionól, the new coiste will get another coirceal cainte up and running.