Tens of thousands of people are set to join the Regeneron backed Great Limerick Run in May, says event director John Cleary 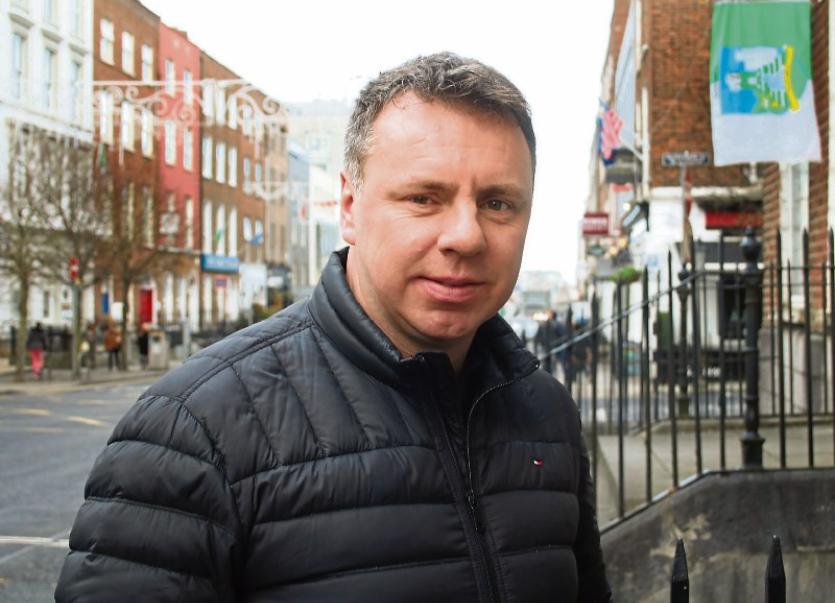 Tell us a bit about the Great Limerick Run:

The Regeneron Great Limerick Run is now entering its 10th year in 2019. The event offers a marathon, half marathon and six-mile event as well as a children’s run on the May Bank Holiday weekend in Limerick. Over 13,000 people participate in the event annually. It is now the largest mass participation event outside Dublin.  The main focus of the event is to showcase all that’s great about Limerick. This includes the city, the suburbs, the university, the music, our love for sport in this city and of course the great people of Limerick who participate, volunteer or line the route in their thousands to cheer on the runners.

What does the new tie-up with Regeneron mean to the event?

Without sponsorship an event of this scale quite simply could not take place. This year Regeneron has taken on the role as title sponsor of the Great Limerick Run. Our sponsors also act as our partners and key stakeholders in helping to deliver a successful event. Regeneron have joined with us for the next three years which is a fantastic endorsement for all involved in the event.

What does your own role entail?

I am the event director. This means that I am ultimately responsible for delivering the event. This includes managing a wide variety of areas including sponsorship, operations, finance, marketing and many other areas of the event in the months leading to the event and at the event itself. I am very fortunate to have a great core team of people who make my role so much more manageable and enjoyable.

I competed my secondary education at CBS Sexton Street. After finishing my Leaving Cert I attended the University of Limerick both for my degree and postgraduate degree. I completed my Masters Degree in UCG in 2006.

Very much by accident to be honest! It really was a case of one thing leading to another and trial and error. When I started this event in 2010 I would never have dreamed that the Great Limerick Run would have developed into such a massive event. But its been a great adventure over the last decade with lots of twists and turns along the way. I really can’t believe it has 10 years to be honest, but that’s how fast it seems to have gone by.

Why did you decide to start the Great Limerick Run?

I previously worked in Analog Devices. In 2010 we had the first Great Limerick Run. Then in September 2010 I set up an online ticketing and registration platform called Eventmaster.

This has gone from strength to strength over the last eight years. I was accepted onto an Enterprise Ireland course in September 2011 after I left Analog.

The first two to three years were very challenging but I have never regretted my decision and really enjoy working for myself now.

I am currently developing a five-year plan for the growth of the Great Limerick Run and in particular the marathon aspect of the event over this period. In the immediate short term I want to deliver a bigger and better run for 2019. Already registrations are well ahead of previous years so that will be the focus over the next five months.

I admire pioneers of business, people who have not just led a company but created a new way of doing business. Michael Dell, Bill Gates, Brendan O’Regan and Michael O’Leary are classic examples of people who have redefined how to do business in their own areas. From a purely Limerick viewpoint I have huge respect for Dr Ed Walsh for his vision in delivering the University to Limerick and JP McManus for his contribution to Limerick over many years.

Yes. You reap what you sow. My parents instilled a strong work ethic in me. There are no shortcuts and ultimately you will get out of something what you are prepared to put into it.

I am married to Roisin and we have three fantastic children, Rachel 16, Michael 14 and Alan 10. I enjoy spending as much time as possible with them. I also coach swimming with St Paul’s swimming club and coach rugby with Old Crescent RFC underage every week.