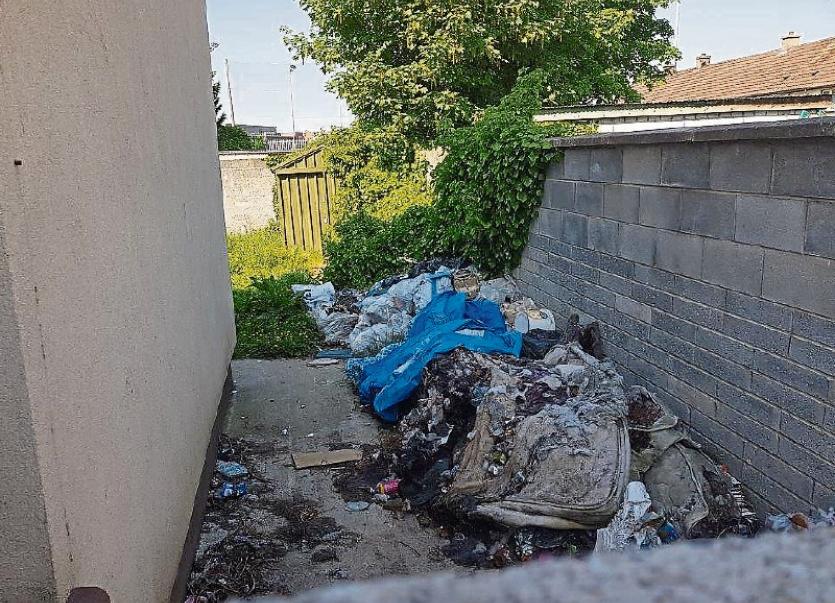 CONCERNS have been expressed that a significant amount of household waste, including items of furniture, may have been dumped illegally in Limerick.

Anne Keane of Shanabooly Road, Ballynanty was fined €300 for failing to remove the rubbish having been directed to so by Limerick City and County Council.

Ms Keane was also directed to stop the storing of waste at her home and to retain all receipts relating to its disposal.

Environmental Inspector Michael Walsh said a notice, under the provisions of the Waste Management Act, was issued to the defendant last year after he carried out an inspection at her home.

He told Limerick District Court he observed “quite a lot of waste” which was being stored at the end of the house on May 24, 2018.

He said the waste was still at the house and that “more had been added” when he called again on August 16, 2018.

While there was no answer at the door, he said he was able to see the waste over a boundary wall.

Mr Walsh told solicitor Will Leahy, representing the council, that while most of the waste has since been removed from the property, Ms Keane did not retain any receipts or proof as to how and where it was disposed of.

“We have no idea where it went, there are no receipts, it could be dumped somewhere else,” he told the court.

Judge Marian O’Leary, who was shown a number of photographs which were taken at the house, imposed a €300 fine.

Ms Keane, who has no previous convictions, was also ordered to pay the costs and expenses of Limerick City and County Council which totalled €473.48.