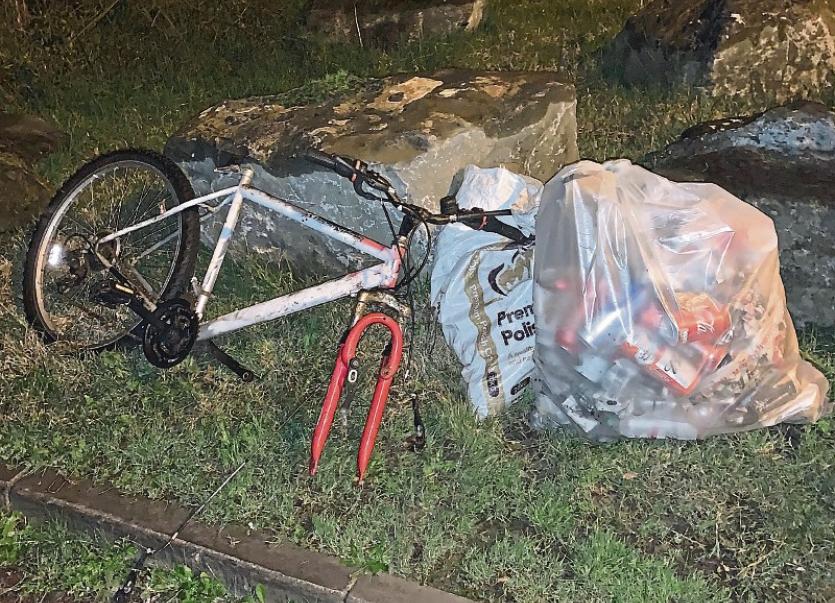 ILLEGAL dumping is a “stain” on Limerick and more funding must be allocated in a bid to prevent it, according to a Limerick local election candidate.

Three bags of rubbish and a bicycle were recently dumped by the Rhebogue entrance to the Canal Bank walk, an occurrence that is “not unusual” in the area.

Local election candidate Conor Sheehan, who believes this illegal activity is a “stain” on Limerick, has called on the Environment Minister Richard Bruton to allocate more money to crackdown on dumping.

“This kind of activity is a stain on our city and county, with my own area of Corbally, and in particular the canal bank between the city centre and the university vulnerable to fly tippers,” Mr Sheehan said.

“It has also become more difficult in securing a successful conviction due to the advent of paperless billing in recent years which makes it harder for authorities to identify who dumped the rubbish,” he added.

“Last year then Environment Minister Denis Naughten allocated nearly €40,000 to target illegal dumping. While that allocation was welcome and needed, I am calling on Minister Bruton to allocate an increased amount this year.

“An increased allocation from the department would give the council the resources to install CCTV at this and other dumping black-spots,” Mr Sheehan added.