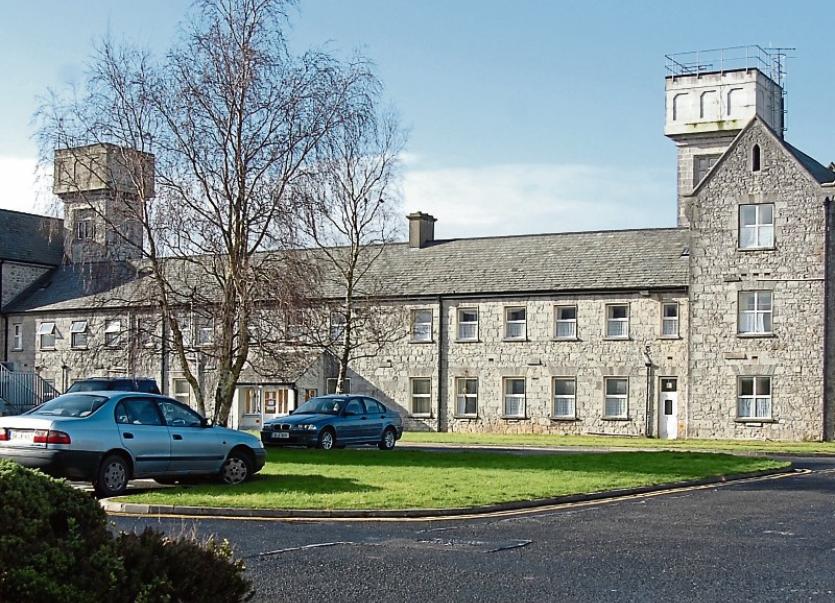 Residents of St Ita’s, NCW, felt well cared for and said that staff were helpful and kind

A HIQA report on St Ita’s hospital in Newcastle West said it was failing to make the improvements to the premises which would meet residents’ needs.

The inspectors were also concerned about an infectious outbreak there at the time of inspection which took place at the end of last July.

But they also noted the “very good standard of care” for residents.

“In general residents said that they felt well cared for in the centre and that staff were helpful and kind,” the inspectors reported.

However, they were critical of the lack of action in improving accommodation for residents. Only 12 of the 70 residents were being accommodated in the well-designed new unit, the report noted.

“Insufficient action had been taken by management to improve circumstances around accommodation and quality of life for residents, particularly those accommodated in multi-occupancy rooms,” the inspectors stated.

They were particularly critical of the Camellia unit where 35 of the 37 residents there were in rooms with up to five beds, with limited personal space, privacy or storage for personal belongings.

And they pointed out that when the hospital was being  reregistered, a commitment had been given that changes to the physical environment of the hospital would be completed by December 2018.

A revised timeline of December 2019 had been given to the chief inspector, the report stated, but specific, detailed project plans had not been provided.

The inspectors were critical of the fact that key positions in the hospital had been left vacant for long periods and that as a result of these interim measures, local management were not given the power to effect the changes needed for full compliance.

Issues around documentation of staff remained, the inspectors also noted,  and all personnel records did not contain garda vetting disclosures. They also noted concerns about staff rosters, about fire drills and felt that training gaps for staff in relation to infection control, multi-task staff roles and multi-occupancy rooms were “factors that compromised the effective management of infection control”.

Steps had been taken to address these issues, the hospital said in response to the inspectors’ report. Documentation was being addressed and measures taken to improve infection control. Fire-drills were held in September with training given in October and additional storage was provided for residents’ belongings.

A recruitment drive had also taken place to fill the vacant positions. “At a national level the HSE is facing challenges recruiting staff,” a HSE spokesman said. “In the Mid West the HSE is  pursuing an ongoing recruitment campaign for nurses and staffing challenges are supplemented through the use of agency staff where necessary.”

The major point made however was on accommodation. A new 20-bed replacement facility is planned for St Ita’s but this will not be delivered now until the first quarter of 2021. “Delay in progression has been attributed partly to additional accommodation being included,” the HSE says.” Delays have been experienced due to the delay in the procurement of a design team and due to design team staffing issues for the project.” But approval has been given to progress the project to the next stage.

The work is estimated to cost €3.5m and is expecteed to being within the next 12 months, a HSE spokesman said.