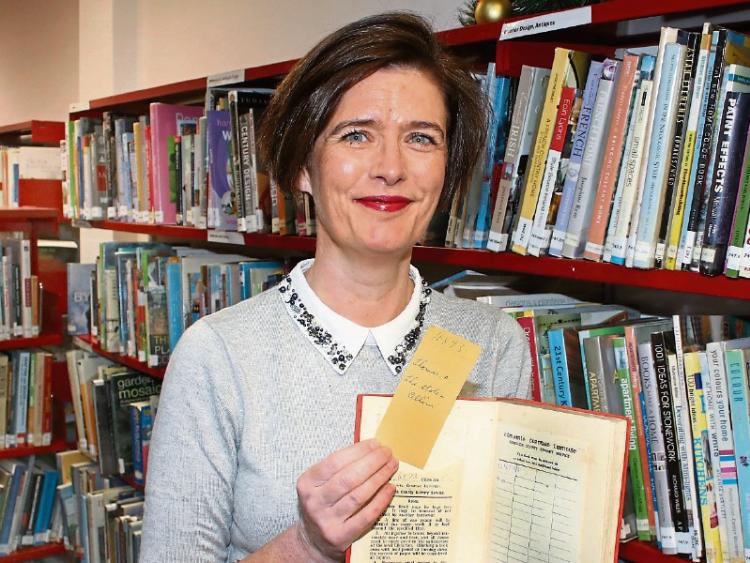 A LIBRARY book, last checked out three years before the outbreak of World War Two, has made its long-awaited return to the Limerick Library after more than 80 years.

The Stolen Cellina by novelist Alan Thomas was last borrowed from the Limerick Library in November 1936, at a time when the Spanish Civil War was raging and RTÉ only broadcasted on the radio.

Its homecoming to the Granary on Michael Street during the week that libraries across the country abolished late fees was a “pure coincidence” according to city librarian Marie Stakelum who helped with the book’s return.

“We’d say to anyone; We’re always glad to get old friends back because we would consider the books our old friends,” Ms Stakelum said.

The novel, and its notable Limerick stamp, was discovered by a “lovely lady” in Dún Laoghaire during a spring clean, Ms Stakelum explained.

“She has some relations still in Limerick so she decided that she would call in. She rang us the night beforehand to let us know. We just thought that it was such a nice thing for her to have done, we wanted to celebrate it.”

Should the library have brought the woman to book on the novel’s late fees, she could have faced a fine worth €1,490 in today’s equivalent.

“We would gone through several currencies since the book was checked out,” Ms Stakelum said. “Shillings and pence and now we are euro!”

“To be clear, we are not charging her and we would not have. If anyone returns a book late, they won’t be charged late fees anymore,” Ms Stakelum said.

The month of January typically sees an increase in the returns of overdue books, she added.

“The fact that libraries are no longer charging fines may inspire more people to return books they find but in any circumstances, we are happy for anyone to bring back any books that they may find or that they have forgotten about,” Ms Stakelum said.

“Don’t ever feel embarrassed about coming in with something because it happens all the time. People move houses, people leave them in cars. These things happen but we are always happy to see people coming back with their books, especially after a long period of time.”