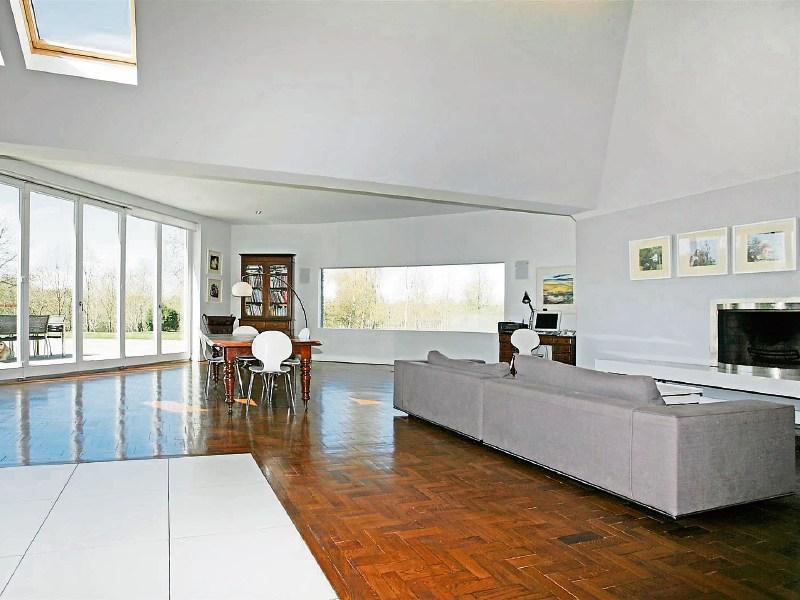 The current owners of Worlds End House, and their architect, have created an open-plan living space ‘unlike any other’

THE RUMOUR mill has gone into overdrive in Castleconnell with everyone wondering who has agreed to purchase Pat Shortt’s majestic Georgian abode.

Worlds End House has been listed as “sale agreed” on MyHome.ie and on Sherry Fitzgerald’s websites. When the auctioneers were contacted they had no comment to make.

The idyllic property, which was originally built in 1750, has a long and storied history. It also tells a tale about the property crash in more recent times and how so many have lost out on property investments.

The comedian, actor, musician and producer paid €2.7m for Worlds End House on the banks of the River Shannon in 2005. He offered €1.2m over the pre-auction guide for the restored Georgian house.

While it has now gone sale agreed anyone who has bought a house knows  there are still a lot of hurdles to jump before the “sold” sign is hammered into the ground.

According to one local, it is the talk of Castleconnell.

“There were a few rumours before Christmas but these have multiplied since the start of the year. The family are still living in the house anyway. He was very unlucky with the time he bought it but then again so were a lot of people. The property market just collapsed. It is hard to believe it now but it is just over a decade ago. It’s a fabulous house and looks very good value,” they said.

“Utilising the most advanced materials and building techniques, the current owners, and their architect, have created an open-plan living space unlike any other. The professional-standard Gaggenau fitted kitchen is complete with wall-mounted convection ovens and a Varenna island workstation. During the day, natural light pours from a fully retractable wall of French doors - while at night, programmable mood lighting can be controlled via the nearest device to hand. The Crestron Home Automation system extends to the underfloor heating, security and multi-room audio playback,” it reads.

Outside, there is a three-bay garage, southerly patio, tennis court, gardens, lawns and fenced paddocks.

Pat Shortt, who is commencing the nationwide tour of his latest show Hey this Thursday in Dublin, has said that he loves living in Castleconnell. The ever popular entertainer is coming to UCH on Friday and Saturday, February 22 and 23.