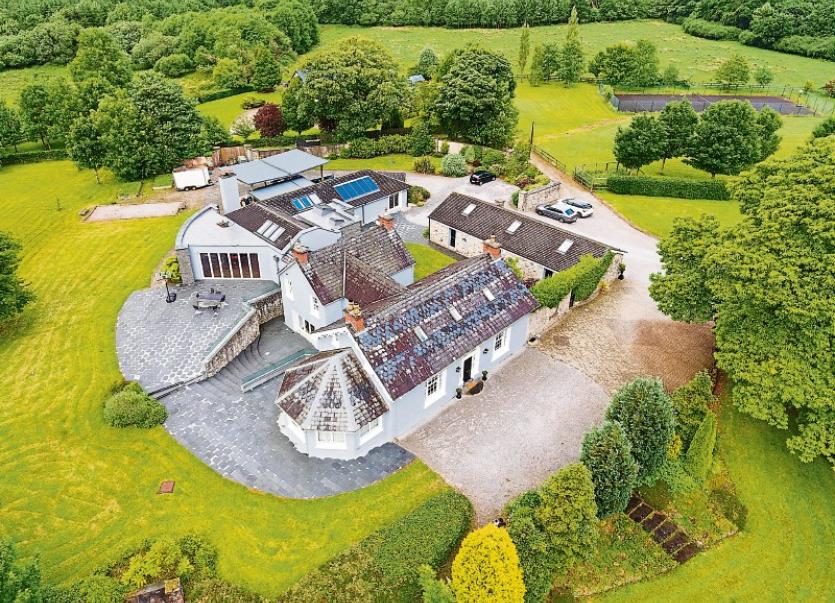 THE LIMERICK home of comedian and actor Pat Shortt, which is on the market for over a year, has just been dropped in price for the second time.

The high-profile Georgian pile in Castleconnell, which boasts a major extension and slick refurbishment, is now listed at €950,000 – a whopping €1.8m less than it was bought for in 2005.

Worlds End House was bought for €2.7m during the boom, after which time an extension was added and the entire property revamped.

The four-bedroom property entered the market last spring, with an asking price of €1.65m. Several months later, with no buyers, it was re-advertised at €1.2m.

The idyllic property, which was originally built in 1750, is set on five and a half acres overlooking the River Shannon. The house itself is in from the road, behind a gate lodge which has been “sympathetically restored to its former glory”.

Sherry Fitzgerald describe the property as “tastefully extended and refurbished to an extremely high standard incorporating contemporary living with the charm of this Georgian house”.

The property includes a formal dining room, a drawing room, a music room, and an open-plan living space.

“During the day, natural light pours from a fully retractable wall of French doors – while at night, programmable mood lighting can be controlled via the nearest device to hand,” the agents said.

The property also features a home gym, wet-room, steam-room and studio, as well as a three-bay car garage to the rear.

Shortt, who is currently starring in Martin McDonagh’s A Skull in Connemara in a Galway theatre, has said that he loves living in Castleconnell. He said he has always enjoyed being able to launch his boat at the end of the garden “and head up the Shannon to do some fishing for trout, salmon or pike.”

Despite the rise in house prices at the low-to mid-range, the prices for houses over a million euro have been trending downward.

Ballyneale House, a Victorian mansion in Ballingarry which boasts a swimming pool, tennis court, stables and staff apartment, has been on the market since 2015. First listed at €2.5m, the property was reduced to €2m a year later, but is still awaiting a buyer.