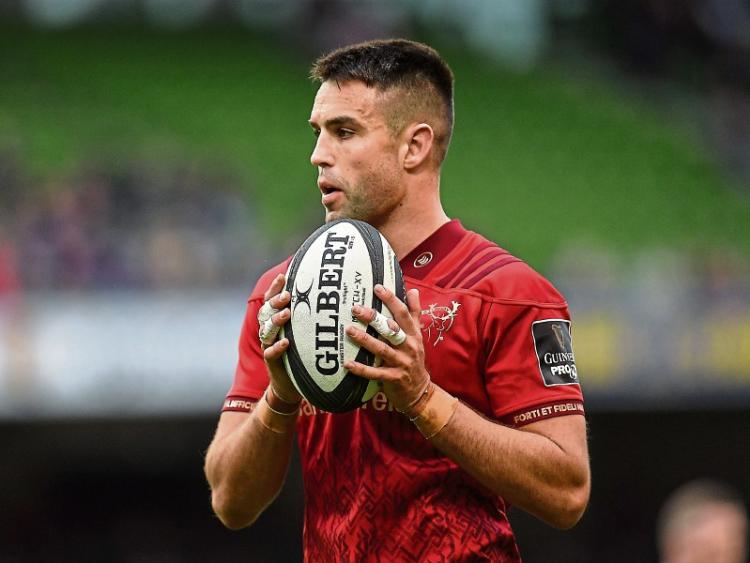 Conor Murray in action and below, addressing army personnel at the unveiling of the Wall of Champions at Sarsfield Barracks

MUNSTER and Ireland rugby star Conor Murray has admitted “crazy” rumours that he failed a drugs test “hurt” both him and members of his family.

The Ireland international – who gave a motivational talk to members of Limerick’s Defence Forces this week – was sidelined with a neck complaint which kept him out of action for almost five months.

Answering a question from Commandant David Slattery on how he deals with the pressure of being in the public eye, Mr Murray said he found his recent layoff “difficult”.

“The toughest part of this was the outside rumours that my friends and family would hear. Crazy stuff that I’d failed all sorts of drugs tests and they were just keeping it under wraps and letting me serve my ban. That kind of hurt a little bit,” he said.

The 29-year-old Patrickswell man was present at Sarsfield Barracks at the unveiling of a ‘Wall of Champions’ to honour the stellar sporting achievements of the 12th Infantry Batallion. 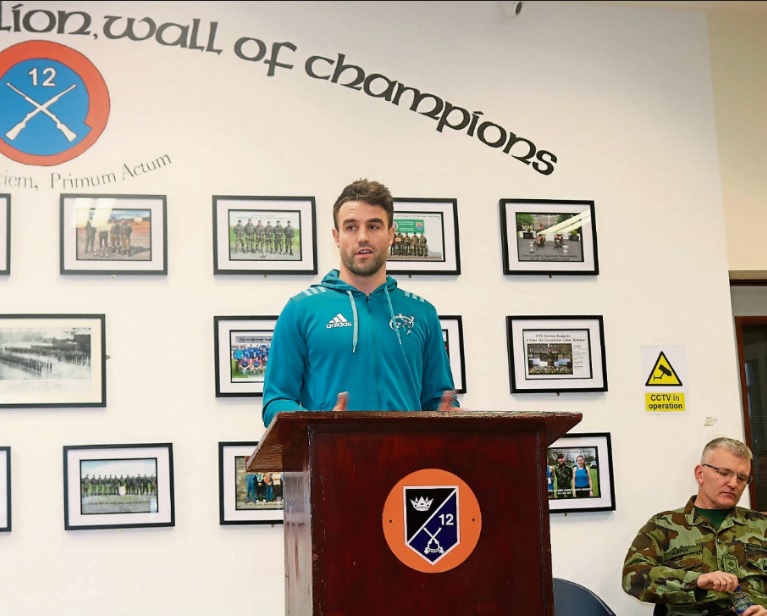 Mr Murray – whose Munster side travel to Gloucester this Friday – explained that he decided against disclosing details of his neck injury and said this meant the media “had nothing to feed off”.

“They were guessing what was wrong, and thinks I’m going to have to retire. It’s not nice hearing it for yourself, but them your family don’t really know either. They are seeing second hand information. It’s quite tough,” he told the troops.

What kept Mr Murray going, he said, was the support from his Munster teammates.

“It was the unity of my team. Munster would hear the same rumours and on Monday morning, they’d be slagging me about it, and make light of it straight away. Having a good team around you and a good head space is really important. It helps me,” he added.

“You hear a lot of players saying they don’t read the media or look at Twitter, but you can’t avoid it. If you don’t see it on your phone, your friends will say it back to you and it will affect you somehow.”

The scrum-half, who recently signed a new deal tying him to the province until 2022, gave almost an hour of his time between training sessions to speak to members of the 12th Batallion and help get its 80th anniversary year off to a flying start.

He answered questions from army personnel about all aspects of his playing career, and his rugby style.

“My life and my preparation building up to big games in the weeks and months leading up to big tournaments is similar to ye training here, and likely to go overseas in future. It can be tough, it can be mundane. As a rugby player, what you might see of our lives online is the good stuff. But believe it or not, we have tough training sessions, we go through tough mental battles.

“They’re not as tough as yours, but it’s applicable,” he said.

And he admitted it felt “kind of weird” for him to be giving advice to front-line military personnel, given their contrasting careers.

”I’m a sportsperson, and you’re into the serious nitty gritty stuff,” he acknowledged.

Lt Col Sean Murphy, the commanding officer of the 12th Infantry Battalion at Sarsfield Barracks, said to Mr Murray: “You and your team mates bring a great credit to Munster and Ireland, and obviously a fantastic pride to all Munster and Ireland fans.”

The Wall of Champions was put in place, Lt Col Murphy added, to recognise the sporting achievements his unit makes on top of other pressures being in the army deals out.

“Troops are putting in all this effort. Despite being under pressure, short on numbers, heavily tasked, they are winning such a variety of trophies. It wasn’t really captured anywhere else, so we can up with the idea of The Wall of Champions, to put up pictures of our teams and athletes who win at defence forces level,” Lt Col Murphy added. 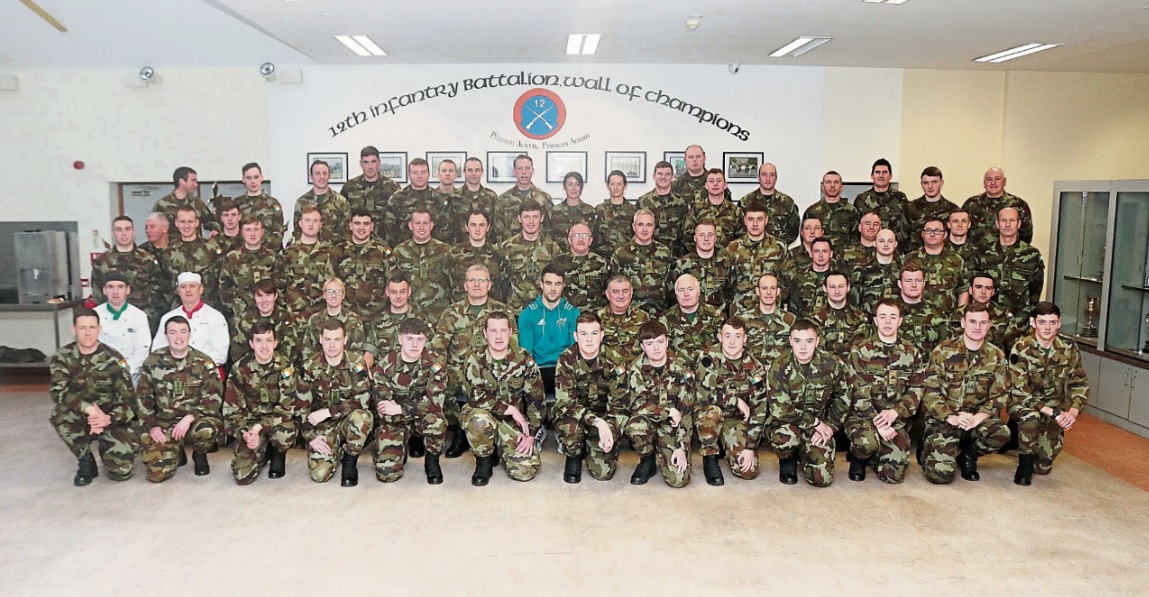