Limerick nurses and midwives to go on strike for 24 hours 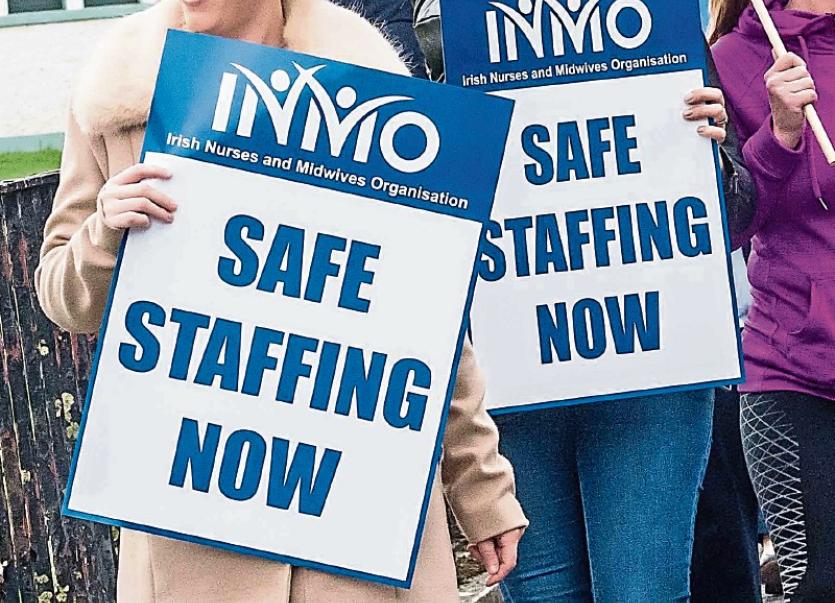 NURSES and midwives in Limerick hospitals are set to go on strike for 24 hours at the end of this month, the Irish Nurses and Midwives Organisation (INMO) has announced this Tuesday afternoon.

This comes after the union expressed dissatisfaction with the Government in tackling the country’s recruitment and retention crisis.

There are currently 24 nursing vacancies at UHL, of which 12 are expected to be filled by the end of this month, a spokesperson said.

UHL had the highest rate of overcrowding in the country with 11,437 patients on trolleys in 2018—the only hospital to exceed the 10,000 mark since records began in 2006.

In a statement to the Leader, the UL Hospitals Group said: "UL Hospitals Group and the INMO are currently engaging in discussions on contingency arrangements on nurse staffing for the scheduled industrial action. We are meeting with the INMO this Wednesday afternoon where the matter will be progressed."

The union said that nurses and midwives will go on strike on January 30. It has indicated that further strikes will take place on February 5 and 7, and then for three consecutive days, from February 12 to 14, if matters go unresolved.

The union said that staff will withdraw their labour, save for providing lifesaving and emergency response teams.

“The strike will see INMO members withdraw their labour for 24 hours, providing only lifesaving care and emergency response teams.

“The dispute centres on safe staffing in the public health service. The HSE has not been able to recruit and retain enough nurses and midwives on current wages.

“The number of staff nurses fell by 1,754 (6%) between 2008 and 2018, despite an ageing, growing population making the health service busier. This would be only the second national strike in the INMO’s hundred-year history.”

INMO general secretary Phil Ní Sheaghdha said that going on strike is the last thing that a nurse or midwife wants to do.

“But the crisis in recruitment and retention has made it impossible for us to do our jobs properly. We are not able give patients the care they deserve under these conditions.

“The HSE simply cannot recruit enough nurses and midwives on these wages. Until that changes, the health service will continue to go understaffed and patient care will be compromised.

“The ball is in the government’s court. This strike can be averted. All it takes is for the government to acknowledge our concerns, engage with us directly, and work to resolve this issue, in a pro-active manner.”