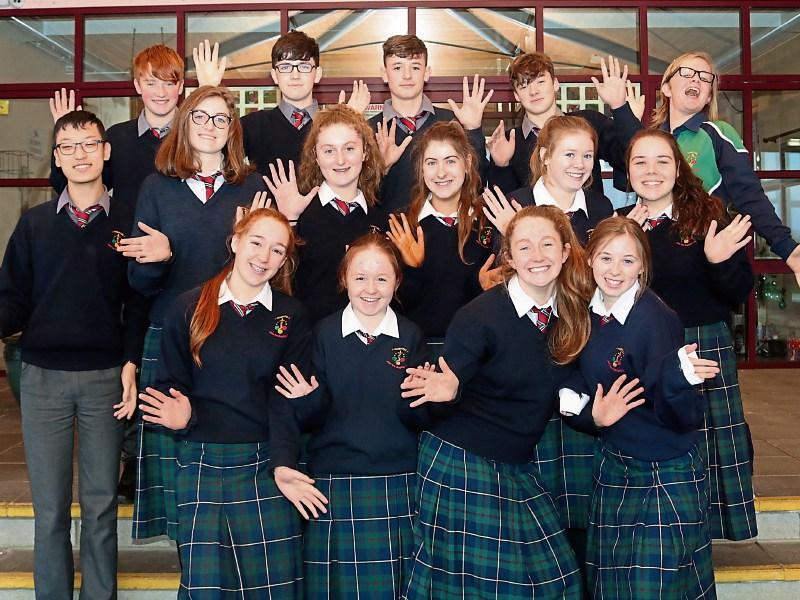 Hit for six: John the Baptist Community School will be well represented in Hospital with six projects Picture: Michael Cowhey

TEACHING methodologies, eating disorders and information retention are just some of the topics John the Baptist Community School students have been investigating this year.

The school in Hospital, County Limerick, has six entries from their transition year class in the BT Young Scientist and Technology Exhibition.

Rachel Hayes, deputy principal, said: “They are a wonderful group of students and we are really proud of them.”

First up is, Eating disorders: Are we educated? by Ciara Ramsbottom, Anna Joy O’Regan, Eimear Molloy. The aim of their project is to investigate and compare the knowledge that people of different age groups have acquired in relation to eating disorders.

Next up is The Mandela effect: A cognitive study proving the existence of collective confabulation. This reporter had to look up what confabulation meant. In normal language it is a chat or a conversation but in psychiatry it is a memory error defined as the production of fabricated, distorted, or misinterpreted memories about oneself or the world, without the conscious intention to deceive. Aidan Walker, Colm O’Riordan and James Martin teamed up on this one.

“We will prove the existence of collective confabulation which is when large groups of people have the same false memories e.g Mandela’s death,” they say.

Last but by no means least is the work of Siobhain Condon, Jessica Costelloe and Rebecca Harty. The title of their project is, An investigative study on views towards student centred teaching methodologies in the Irish secondary level education system.

“Our project focuses on the advantages and disadvantages of student/teacher centred learning. We will figure out which method is preferred and which more effective,” they say.

Ms Hayes said the dedication, innovation, enthusiasm, interest and scientific curiosity they have shown is “truly inspiring”, as is the amazing work of their mentor, James Devereux.

“It is no small task to have six teams representing the school and it is because of the tireless efforts of the students, their teachers and their parents that such a feat is possible. We wish them all the very best in the competition,” said Ms Hayes.

Mr Devereux, a physics, chemistry and applied maths teacher, said they are an extremely hard-working group and have put tremendous effort into their projects.

“It is great to see teenagers showing such an interest in the sciences. The Young Scientist competition is great as the students have an opportunity to ask a question that they themselves find interesting, and devise their own method to try to answer it scientifically. They are a credit to John the Baptist and everything the school's students and staff represent both inside and outside of the classroom,” said Mr Devereux.