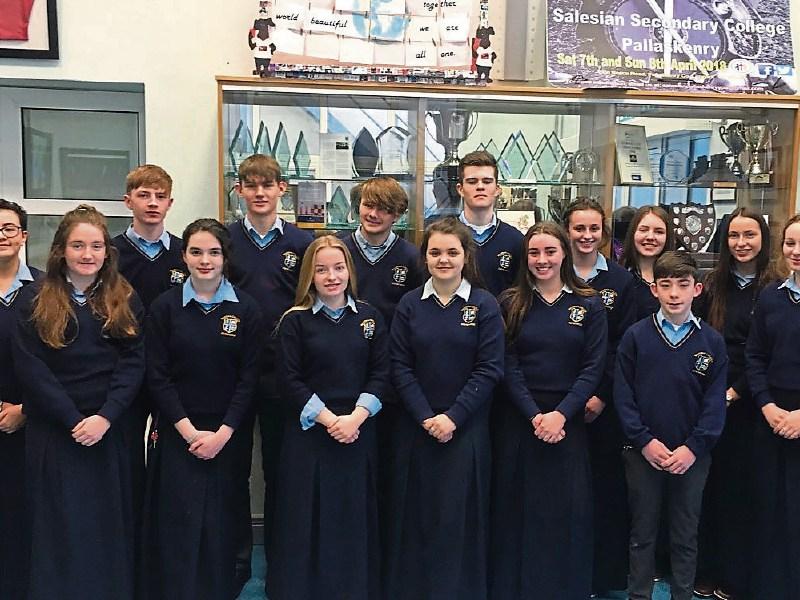 SALESIAN Secondary College in Pallaskenry is full to the brim with young scientific talent if this year's entries to the BT Young Scientist competition are anything to go by.

The school has entered an impressive eight projects into this year’s competition.

That figure is “way up” compared to previous years, according to science teacher Claire Sheehy.

“The students are all very busy. We are extremely proud of their enthusiasm and creativity,” said Ms Sheehy.

The science teacher spoke about some of the projects her students were working on.

“One group is designing the “silent fidget spinner”. The aim is to design and create a noise-free tactile pencil case to improve focus,” said Ms Sheehy.

The two students involved in this are Ethan Browne and Sean Hartigan.

Another project being put forward is “Sticks and Stones”.

“This is a study to discover whether ‘sledging’ negatively affects an athlete’s performance,” Ms Sheehy explained.

Joe Sweeney, Jack Lloyd and James Dunworth are the students behind this.

“The next project is the SOS app. This automatically determines where you are if you call 911,” Ms Sheehy said.

Tara Fitzgerald, Laura Madden and Aisling McGuinness are working on this.

“One project we have is by Cathal Moane. It is called ‘Cervical Cancer - Not So Silent’.

He looks at the effect the incorrect smear test results has had on the women of Ireland,” said Ms Sheehy.

“Another project that will be presented at this year’s competition is an ‘Alzheimer's tracker’. It allows the family of somebody suffering from Alzheimer’s to keep a track of them,” explained Ms Sheehy.

‘Do the weeds affect the bees’ is a project being showcased by Ellen Kingston, Roisin Gavin and Lisa Judge. It looks at the active ingredient in a common weed killer which is cancer causing. The aim is to see whether there is a natural alternative to this.

“Casey Smith, a young first-year student is also studying bees. He is presenting a study on the departure of a queen bee from a hive,” said MS Sheehy.

The final project is “Minorities in the Media” by Caoimhe Carey and Niamh Cusack. The pair analysed the top ten most viewed shows on Netflix and categorised the main characters and themes.