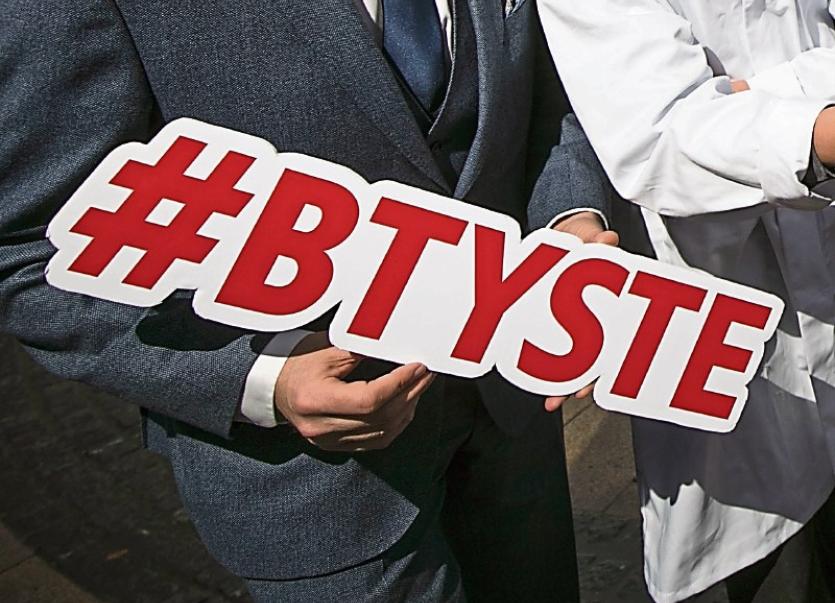 THREE young scientists at Ardscoil Ris in Limerick hope to boost the campaign to legalise medicinal cannabis when they reveal their in-depth research into the field to Taoiseach Leo Varadkar and the Department of Health.

Additionally, 72% said they would pay more tax to help pay for this medication to be made available to those who need it.

This is just one of four interesting projects being exhibited by Ardscoil pupils at the annual BT Young Scientist exhibition in Dublin this next week.

Transition Year students Aidan Quigley and Jack O’Connor, who come from farming backgrounds, have developed a special collar that can alert farmers if a thief is trying to steal their cattle.

Teacher Diane Condon said: “It will monitor their positions so farmers will be able to see if their animals have broken out or been stolen by checking an app on their phones.

“They would know if the collar had been removed from the animal as the temperature sensor would detect a significant drop in temperature and alert the farmer.”

She said they will have a working prototype available for the exhibition next week, and are looking to have the product rolled out this summer.

Niall Meade is a Junior Cert student, but is no stranger to the annual exhibition, having won a prize for developing a rugby ref wristband that can communicate with judges.

This time, Niall has developed a safe way for teenagers to connect with their friends through a special app.

Through the use of near-field communication, the app will only allow teenagers connect with others by physically touching their phones together. This prevents young people from connecting with people they have never physically met before, Ms Condon said.

And two environmentally-conscious teens have surveyed 500 people in urban areas on whether they would prefer to drive electric cars.

Eoin Hayes and Andre Birdthistle found that “most people would be interested in buying an electric car” and recommend young people to buy one to help the environment.

However, when it really comes down to it, they wouldn’t purchase one in the end due to fuel efficiency and the preference for the convenience of petrol or diesel.

They will interview rural people next, Ms Condon said.