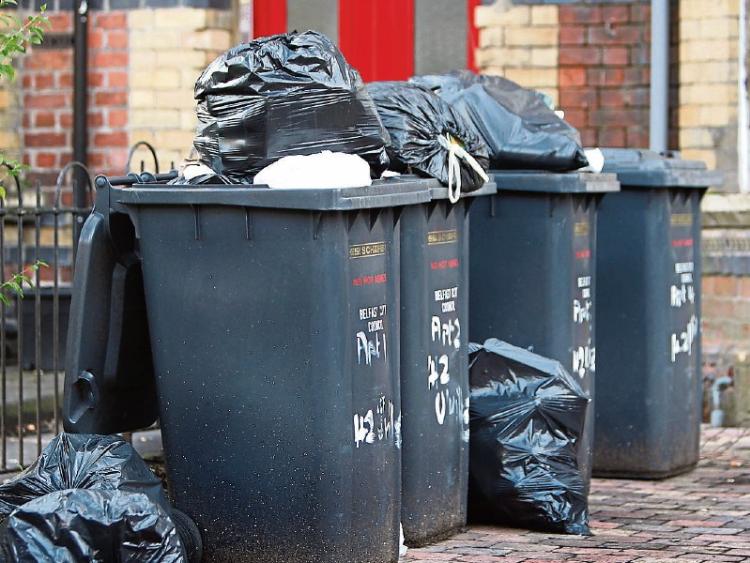 The draft bye-laws are due to come before the council

HOUSEHOLDERS in Limerick city centre will not be allowed to leave their rubbish bins out for collection before 6pm under new bye-laws which are due to be ratified later this month.

However, Limerick City and County Council is proposing to introduce a later 8pm deadline in all other areas of the Metropolitan District.

For the purpose of the bye-laws, the area designated as being the city centre stretches from Nicholas Street to Wolfe Tone Street and from the river Shannon to Parnell Street.

Those living in the city centre will not be permitted to leave their bins out past 9.30am on the day of collection while those living elsewhere in the city will have until 9pm to bring them in.

A public consultation process was carried out late last year following the publication of the draft bye-laws in August.

The bye-laws also govern how waste should be presented by householders and by those responsible for the management of apartment complexes where there are a large number of residents.

Under the bye-laws, householders will be obliged to separate recyclable waste from residual waste and to retain documentation relating to their waste collection provider.

It is estimated that around a third of householders in Limerick are not currently signed up to an authorised waste collection service.

The proposed new bye-laws will provide authorised officers with better enforcement mechanisms to prevent illegal dumping such as increased fines for breaches.