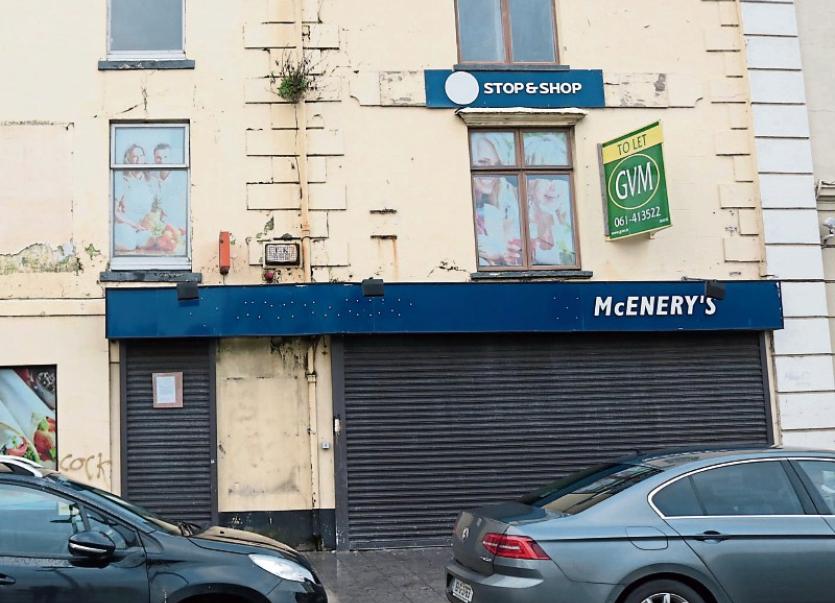 PLANS have been unveiled to knock a well-known Limerck city centre shop and replace it with a new retail unit and apartments.

The proposal, which has been submitted to Limerick City and County Council, concerns the former McEnery’s shop opposite the Railway Station on Parnell Street.

If the planning application is accepted, it would see the demolition of the existing three-story shop building where McEnery’s Shop now stands.

In its place, a four-storey mixed-use building would be built.

The proposed development would consist of a 212 square metre retail unit on the ground floor. This would be accessed from Parnell Street.